Black foster teen mistaken for burglar, pepper-sprayed by police inside his home (VIDEO) 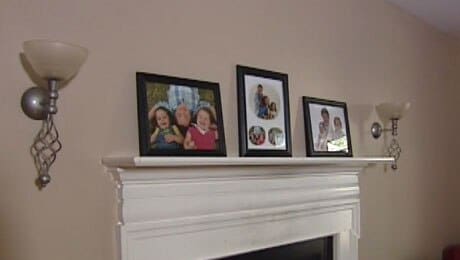 The teen claims the officers implied he did not belong in the house, pointing to the pictures of the white kids as proof. (Photo: ABC 11)

A North Carolina teen is trying to make sense of a difficult situation which led him to be sprayed with pepper spray by the police Monday afternoon after he was mistaken for a burglar in his own home.

According to a statement by the Fuquay-Varina Police Department, a neighbor called 911 to report what was thought to be a possible burglary in progress when 18-year-old DeShawn Currie was seen entering his home through a side door.

Three officers responded to the call and when they entered the home through an unlocked door, found DeShawn coming down the stairs.

An argument ensued and tempers flared as DeShawn tried to convince the officers he had every right to be there.

DeShawn, who is black, moved into the home with his foster parents, Ricky and Stacy Tyler, who are white, about three months ago. DeShawn has been with the family for about a year, but the Tylers admit they only recently moved into the area and have not yet become acquainted with all of their neighbors.

According to DeShawn, the officers pointed out the pictures of the Tyler’s other children, who are all white, sitting upon the fireplace mantle as a means of saying he did not belong there. To make matters worse, when officers asked for DeShawn’s identification, he gladly handed it over, but with the recent move, his ID had the family’s prior address.

Eventually, the argument escalated and DeShawn was pepper-sprayed in the face by one of the responding officers.

When Stacy Tyler returned home a short time later and helped to clear up the confusion, DeShawn was in the driveway receiving medical treatment from paramedics.

No charges were filed, but the incident left a lasting impression on the teen, one that the Tylers hope DeShawn can move past.

“Everything that we’ve worked so hard for in the past years was stripped away yesterday in just a matter of moments,” said Ricky Tyler.

Stacy Tyler said she loves DeShawn just the same as her other kids.

“I’m feeling comfortable,” DeShawn said. “I had moved into my room, and I’m feeling like I’m loved. And then when they come in and they just profile me and say that I’m not who I am. And that I do not stay here because there was white kids on the wall, that really made me mad.”

However, the Fuquay-Varina Police Department maintains that DeShawn was not profiled and that the incident had nothing to do with his race.

According to a statement released by the department, DeShawn “became very volatile, profane and threatened physical violence toward the police officer.”

Officers also claim they asked DeShawn to sit down several times and he refused, leading the officers to restrain the teen. But when the officers attempted to handcuff DeShawn, they said he “struck the police officer’s left arm knocking the handcuffs to the floor.” It was at that point the officer pepper-sprayed the teen.

Authorities say the neighbor called because she had never seen DeShawn at the house before and the neighborhood had seen a recent increase in break-ins.

“The Fuquay-Varina Police Department does not engage in nor does it condone racial profiling,” the statement concluded. “At no time during this event was race a factor.”