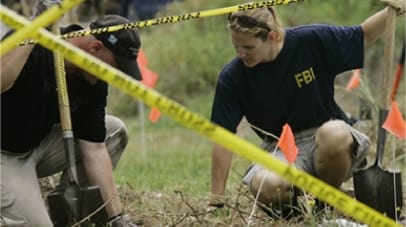 The Federal Bureau of Investigation released a new study providing a glimpse into the motivations and methods serial killers use in their murders, the agency announced Friday.

Researchers found that close to 25 percent of serial murder victims, with killers who had multiple motivations for committing the acts, died from gunshot wounds.

However, there were 16 offenders in the subgroup who killed 97 victims, which accounts for only 18 percent of the total number of offenders used in the study, according to researchers from the FBI National Center for the Analysis of Violent Crime in Quantico, Virginia.

Serial killers are broken into several subgroups, including those with sexual motivations, those involving prostitutes, same sex murders and multiple motivations.

The 69-page report spans a 46-year period from 1960 to 2006 and uses information from 480 solved case files of serial murder involving 92 offenders.

Some 85 percent of all the victims were female; 32 percent prostitutes; 64 percent black and 28 percent white. About 56 percent of all offenders in the study were black; 33 percent were white.

Researchers defined a serial murderer as a single individual who killed at least two victims in separate events at different times and only looked at cases deemed solved or where the offender was decidedly guilty.

Past research studies of serial murderers tended to focus on the individual offenders, which was useful information, said the study’s co-author, Bob Morton, but “provided little help to investigators trying to apprehend an unknown offender in an active, unsolved case.”

The new study focuses on how and where the victims’ bodies were discovered and clues those factors could reveal about an unknown suspect linked to several murders.