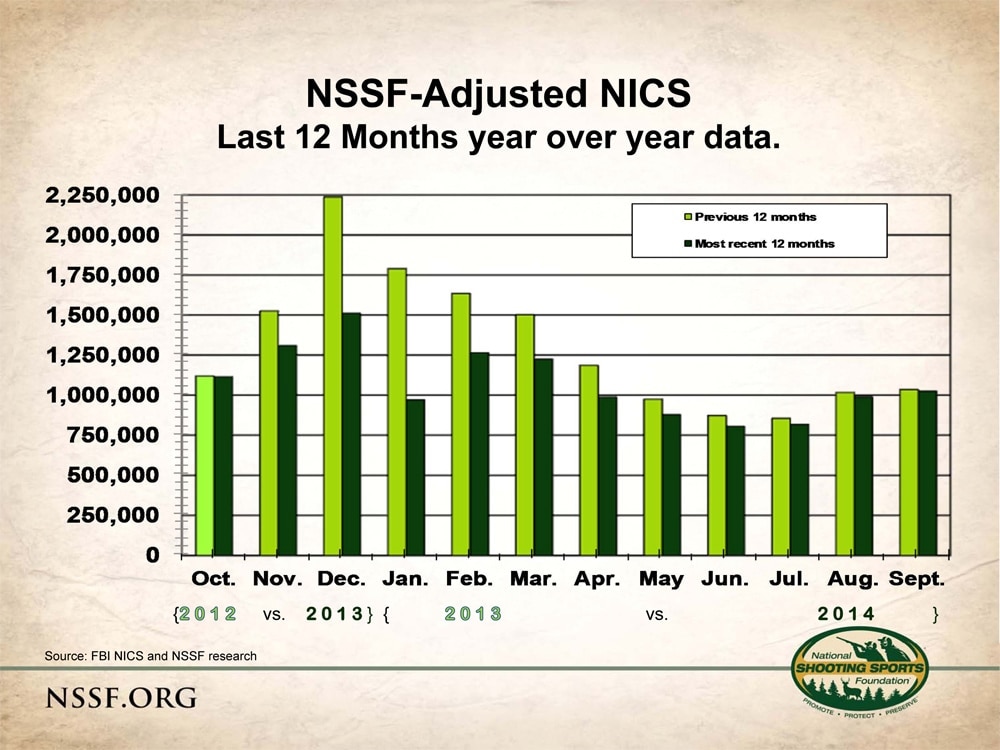 The Federal Bureau of Investigation released the background check statistics for September 2014 and it was the second biggest month in the system’s 16-year history.

According to the National Shooting Sports Foundation, which adjusts the raw figure to more accurately represent gun sales, the National Instant Criminal Background Check System reviewed 1,024,272 potential gun buyers last month. Although that figure is down 1 percent compared to September 2013, the adjusted number is still higher than all other September before it.

The adjusted NICS data were derived by subtracting out NICS purpose code permit checks used by several states such as Connecticut, Illinois and Utah for CCW permit application checks as well as checks on active CCW permit databases.

Though not a direct correlation to firearms sales, the NSSF-adjusted NICS data provide a more accurate picture of current market conditions. In addition to other purposes, NICS is used to check transactions of firearms sales and transfers on new and used handguns and long guns.

The raw number for September was 1,456, 032, which makes it the third highest in NICS history.