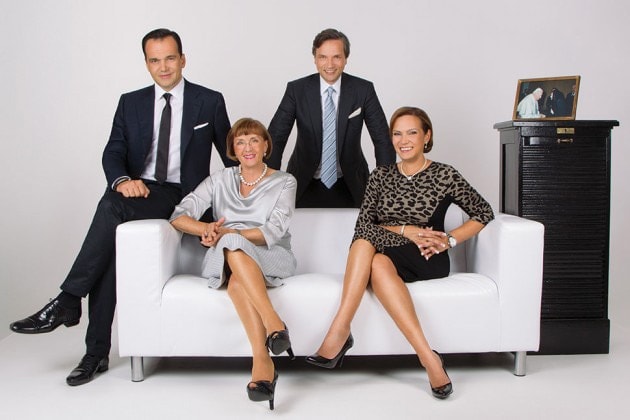 Helga Glock, center left, and the three grown Glock kids. Some think the allegations may get the attention of the U.S. federal government. (Photo: Bloomberg Businessweek)

Gaston Glock, creator of the world-renowned Glock pistol, has been accused of racketeering, fraud and money laundering by his ex-wife in a lawsuit filed in a federal court in Atlanta last week.

In the 354-page complaint, Helga Glock, 78, and her attorney invoke the Racketeer Influenced and Corrupt Organizations Act to claim that he used fraudulent and criminal methods to steal her share of the company.

Gaston, along with some partners and a number of Glock’s subsidiaries, allegedly used a web of fictitious legal relationships, offshore business entities and international transactions to steal and launder funds, with the intention of keeping money and assets hidden from Helga.

Gaston and Helga founded Glock together in 1963, a year after they married, as a machine shop in Austria. The company later made curtain rods and other odds and ends, but it wasn’t until 1980 that Gaston started putting together designs for a polymer pistol. By 1982, his final design was adopted by the Austrian military and law enforcement. 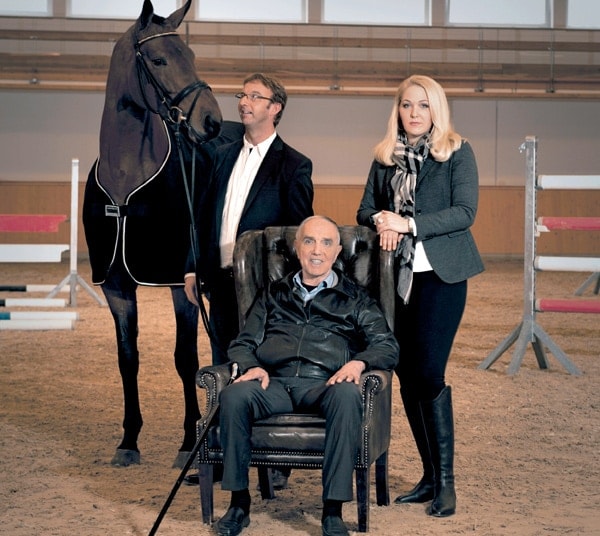 Gaston Glock, center, bought his wife Kathrin a $15 million horse in May.

In 1983 — when both Helga and Gaston were the only two shareholders of the company — Glock started making bids to enter the U.S. market, according to the complaint. Soon, several law enforcement agencies around the country would adopt the pistol and later it rapidly gained success in the civilian market.

Glock now commands 65 percent of the market share for U.S. law enforcement agencies, and supplies guns to military and law enforcement to more than 48 countries and to civilians in more than 100. The company has an estimated annual revenue of $400 million.

In 2011, after more than 50 years of marriage, Gaston, now 85, divorced Helga, cut ties with their three grown children, and then married a 31-year-old woman (a nurse who aided him after a stroke in 2008).