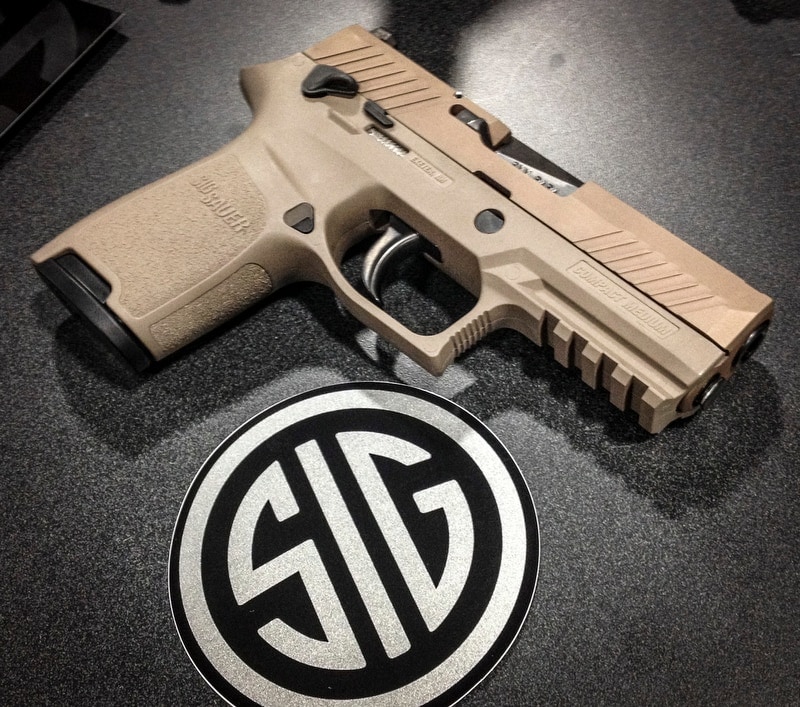 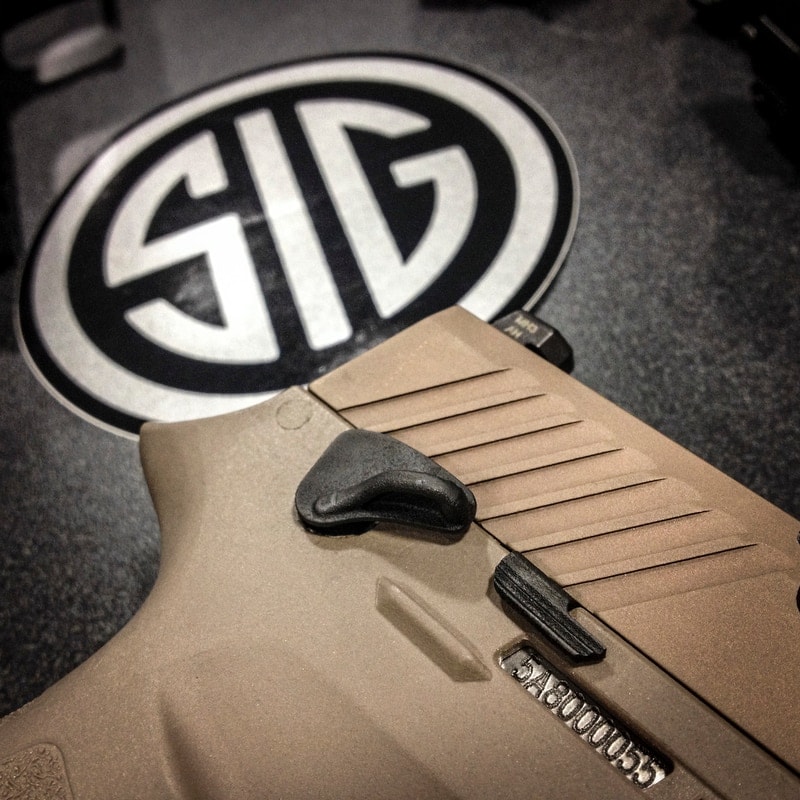 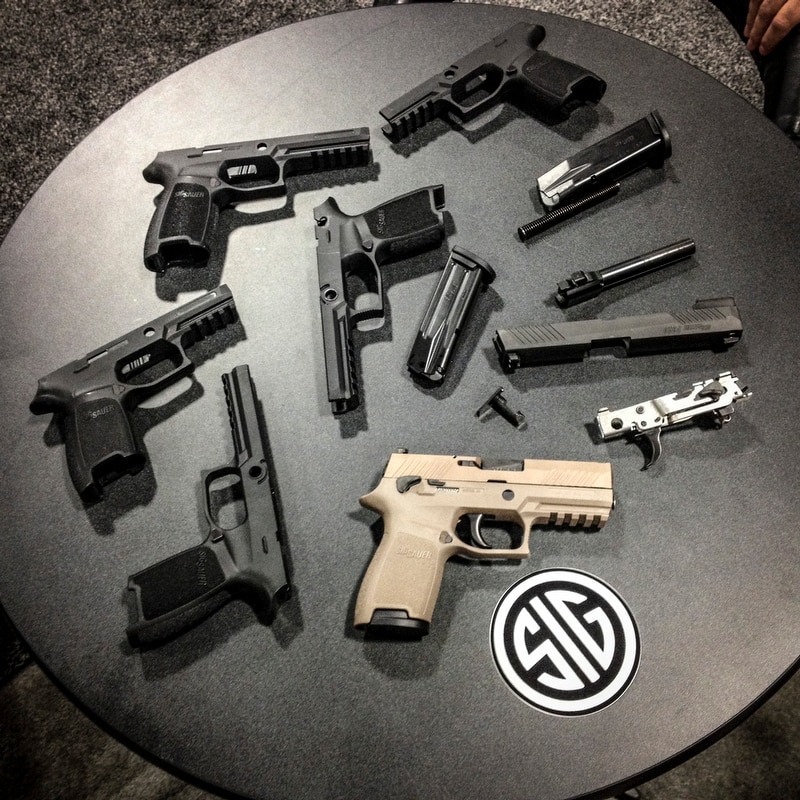 This is the SIG P320 MHS, a key competitor in the hunt for the Army’s next sidearm.

With the Army’s many Beretta pistols showing their age, the military is considering a completely new sidearm that meets today’s standards and compensates for some of the issues they’ve run into with the M9 series, including the open slide, slide-mounted safety and oversized grip.

The SIG P320 MHS solves all the problems and delivers a modern pistol to replace it. Key differences between this edition and current commercial versions of the P320 Compact include a new color scheme, an ambidextrous manual thumb safety, a modified ambidextrous slide stop lever, a loaded chamber indicator and a captured firing pin assembly.

These changes are expected to be options on commercial models, and we’re sure that if SIG lands the contract the MHS model will be offered as-is on the open market.

It’s a particularly well-suited design for military application. Only the internal frame is the pistol and the grip and everything else can be swapped out for cheap replacement or tweaked to meet specific unit needs, and there are extended magazines and threaded barrels already on the market to boot.

The P320 can be upgraded to a full-size pistol and can be chambered for all major centerfire service cartridges from 9mm to .45 ACP, making it especially flexible, in addition to being an all-around solid polymer-framed striker-fired service pistol.

What do you think about the SIG P320 MHS? Ready to replace the M9?