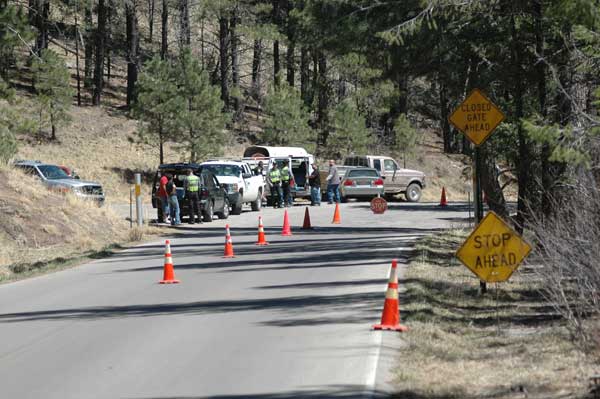 The New Mexico Department of Game and Fish says it is planning roadblocks around the state looking for wildlife and conservation violations during this year’s hunting seasons.

The state currently has seasons for bear, deer, elk, and pronghorn among others and conservation officers will be checking for both harvest data and to uncover potential poaching and other violations.

“At roadblocks, conservation officers also will check for compliance with the Off Highway Motor Vehicle Act and the Aquatic Invasive Species Control Act. Drivers of vehicles hauling wood products will be asked to produce documentation as required by the Forest Conservation Act, ” reads a statement from the agency released earlier this week.

Besides game wardens, the roadblocks may be augmented by other agencies such as the state police, Bureau of Land Management, and local authorities.

The agency has conducted roadblocks during hunting season every year since at least 2009 .