Court tells Corps of Engineers to allow guns on property 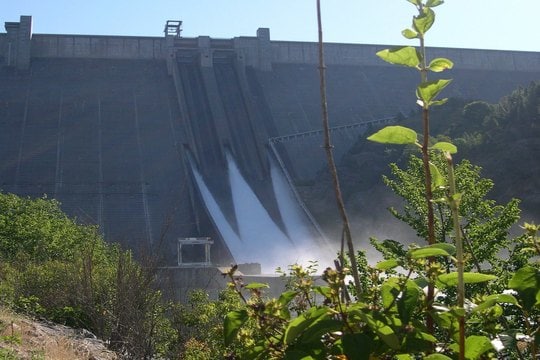 Dworshak Dam and Reservoir, maintained by the U.S. Army Corps of Engineers in Idaho, was at the center of a lawsuit decided by a federal judge this week due to the Corps policy of prohibiting guns at the site and others in the state. (Photo: Recreation.gov)

A federal judge in Idaho found that the U.S. Army Corps of Engineers practice of not allowing lawful carry of firearms on land controlled by the agency is in violation of the Second Amendment.

The ruling was handed down this week in the case of Morris v U.S. Army Corps of Engineers decided in the U.S. District Court for the District of Idaho. It involved two plaintiffs, Elizabeth Morris and Alan Baker who filed suit in 2013 after they wrote to the Corps commander for the area to obtain permission to carry a functional firearm on recreational land they intended to visit and did not receive a reply. Under Corps rules, private carry of guns either concealed, in vehicles, or inside temporary structures such as tents on water project areas is prohibited unless the district commander gives explicit permission. Denied their right to self-defense, the two filed suit seeking a halt to the practice.

This week a federal judge agreed with them, handing down a judgment Oct. 13 finding the Corps’ policy unconstitutional and ordering an injunction against it in Idaho.

“The regulation banning the use of hand guns on Corps’ property by law-abiding citizens for self-defense purposes violates the Second Amendment,” noted Chief Judge B. Lynn Winmill, a 1995 appointment by President Clinton in his 10-page memorandum.

Winmill noted that two landmark rulings in recent years, Heller v DC and Peruta v San Diego, made his decision clear, writing, “While the Corps retains the right to regulate the possession and carrying of handguns on Corps property, this regulation imposes an outright ban, and is therefore unconstitutional under any level of scrutiny, as set forth in Heller and Peruta.”

According to court documents, the Corps is the largest provider of water-based recreation in the nation. Under its auspices, it maintains lake and river projects in 43 states and controls over 12 million acres of public land. The Corps argued that its recreation sites are open to the public, with over 300 million visitors a year and as such, it is imperative that firearms be tightly regulated. Beyond that, the government explained that Corps park rangers are unarmed and some areas, especially the more than 70 hydroelectric power plants under its aegis require protection from threats.

The judgment only covers Idaho, as both plaintiffs stated in their filing that they lived and used Corps land in that state alone, specifically at Dworshak Dam and surrounding areas. Further, it is at odds with a case decided by a federal district court in North Georgia. That case, filed by a man over the right to carry his handgun at the Lake Allatoona campgrounds where he frequently takes his family for weekend getaways, was rejected only days before the Idaho suit was heard in court.

Judge Winmill acknowledged the Georgia case, but contended the court was bound by Peruta and Heller to disregard it.