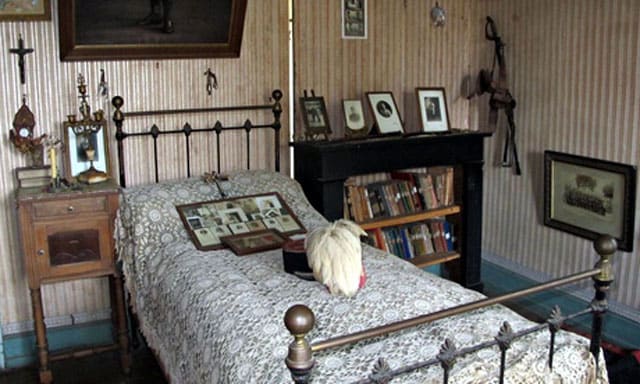 A French soldier who died during World War I has had his room perfectly preserved exactly as he left it before he went off to war almost 100 years ago.

Hubert Rochereau was born October 10, 1896 and died on April 26, 1918 in an English field ambulance after being wounded the day before while fighting for control of a Belgium village.

Before Rochereau left for battle, his parents vowed to leave his bedroom exactly as it was the day he left, completely untouched. But when the family decided to move in 1935, they had a simple request for the new owners – continue to leave the room unchanged for 500 years.

“This clause had no legal basis,” the current owner, Daniel Fabre, told a local newspaper.

Nonetheless, Fabre and his wife have and will continue to respect the wishes of Rochereau’s parents.