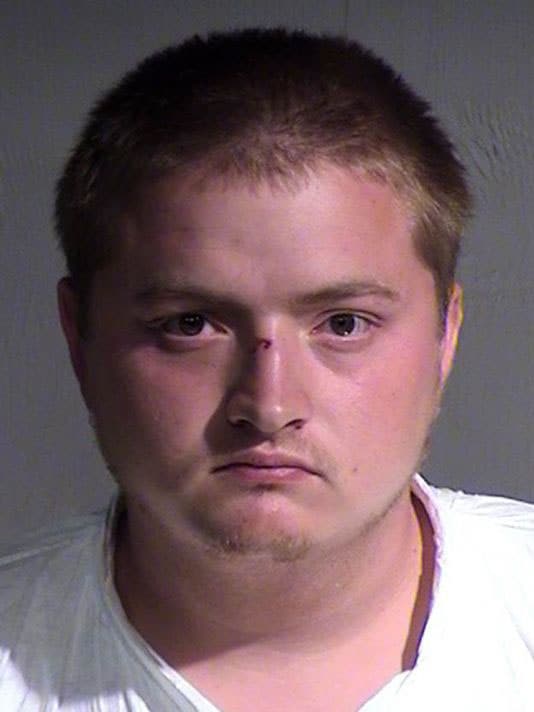 An attempted robbery of a Phoenix bank Wednesday afternoon was foiled by a pistol packing business owner a few doors down.

Two men wearing masks and gloves and armed with guns entered the Desert Schools Federal Credit Union about 2:30 p.m. One of the suspects jumped on the counter and demanded money, while the second suspect instructed all the customers to get down on the floor, Arizona Central reported.

But while the suspects were busy collecting cash, a bank employee called a fellow business owner in the strip mall and informed him of what was happening. So Sean Quaid grabbed his gun and went to offer assistance.

When Quaid arrived at the bank, he noticed the suspects’ getaway car parked outside with the keys still in the ignition. Rather than just bursting into the bank, Quaid took the keys from the ignition and simply waited for the robbers to emerge from the bank.

When the two suspects returned to their car, they noticed the keys were missing and quickly went to work retracing their steps in order to find the keys. They even walked back into the bank, thinking maybe the keys had been dropped somewhere along the way, and when the keys were still nowhere to be found, the suspects accused one woman of stealing the keys and made her empty out her purse.

Eventually they just gave up and took one the bank customer’s car keys, intending to use that vehicle as a getaway car instead. But once the suspects were in the parking lot, they came across a man in a truck and decided carjacking him was the better option.

But as one of the suspects, later identified as 29-year-old Lyndell Cherry, drew his gun while stealing the truck, Quaid intervened again and drew his own gun. When Cherry saw that Quaid was armed, he turned the gun on him, but Quaid, fearing for his safety, fired first, striking Cherry, who immediately collapsed.

The other suspect, identified as 21-year-old Vincent Jones, fled in the stolen truck, but struck a building and several vehicles before the vehicle was disabled. Jones then fled on foot, but was quickly apprehended by authorities.

Cherry was pronounced dead at the scene and Jones now faces eleven different charges, including first-degree murder for his involvement in the actions that led to Cherry’s death.

According to a local ABC affiliate, two people suffered minor injuries during the incident, but are expected to be OK.