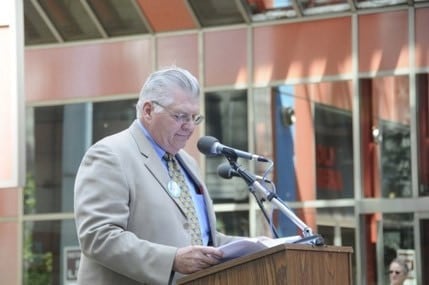 Following the possibility of litigation from a state gun rights group, the Peoria, Illinois City Council rolled back a city ordinance that would have required potential gun buyers to provide their thumbprint.

The move came after news of a planned lawsuit by the Illinois State Rifle Association (ISRA) against the city’s Concealable Deadly Weapons Ordinance. The gun rights group advised that after a “several month give and take effort” between the ISRA’s General Counsel and Peoria’s city attorney, the city moved to repeal the law, including the fingerprint requirement. Under the ordinance, gun purchasers would have had to submit both a right thumbprint and a signature, which would be turned over to the police along with a $20 fee to obtain a certificate.

Since the city’s certificate scheme asked many of the same questions as the federal NICS check done when purchasing a firearm, the ISRA argued that Peoria’s check was needlessly duplicative and gave the council a choice between litigation and reform.

“We’re happy the Peoria City Council opted for the reasonable solution,” said ISRA Executive Director Richard Pearson in a release. “Our General Counsel had a lawsuit waiting in the wings just in case the city decided not to repeal what were, quite frankly, pointless hurdles for law abiding citizens.”

As reported by the Peoria Journal Star, the City Council approved a measure last week that struck the portions of the deadly weapons ordinance from the city books quietly and without discussion.

This has Pearson anxious to carry on the fight to other cities in Illinois.

“With Peoria behind us, the ISRA legal staff is turning its attention to about a dozen or so other jurisdictions having gun control ordinances that impede the good citizens’ right to self-defense,” explained Pearson. “We hope to put what we’ve learned from our Peoria experience to good use. We hope to be able to convince those jurisdictions to abandon their gun control ordinances to avoid litigation.”