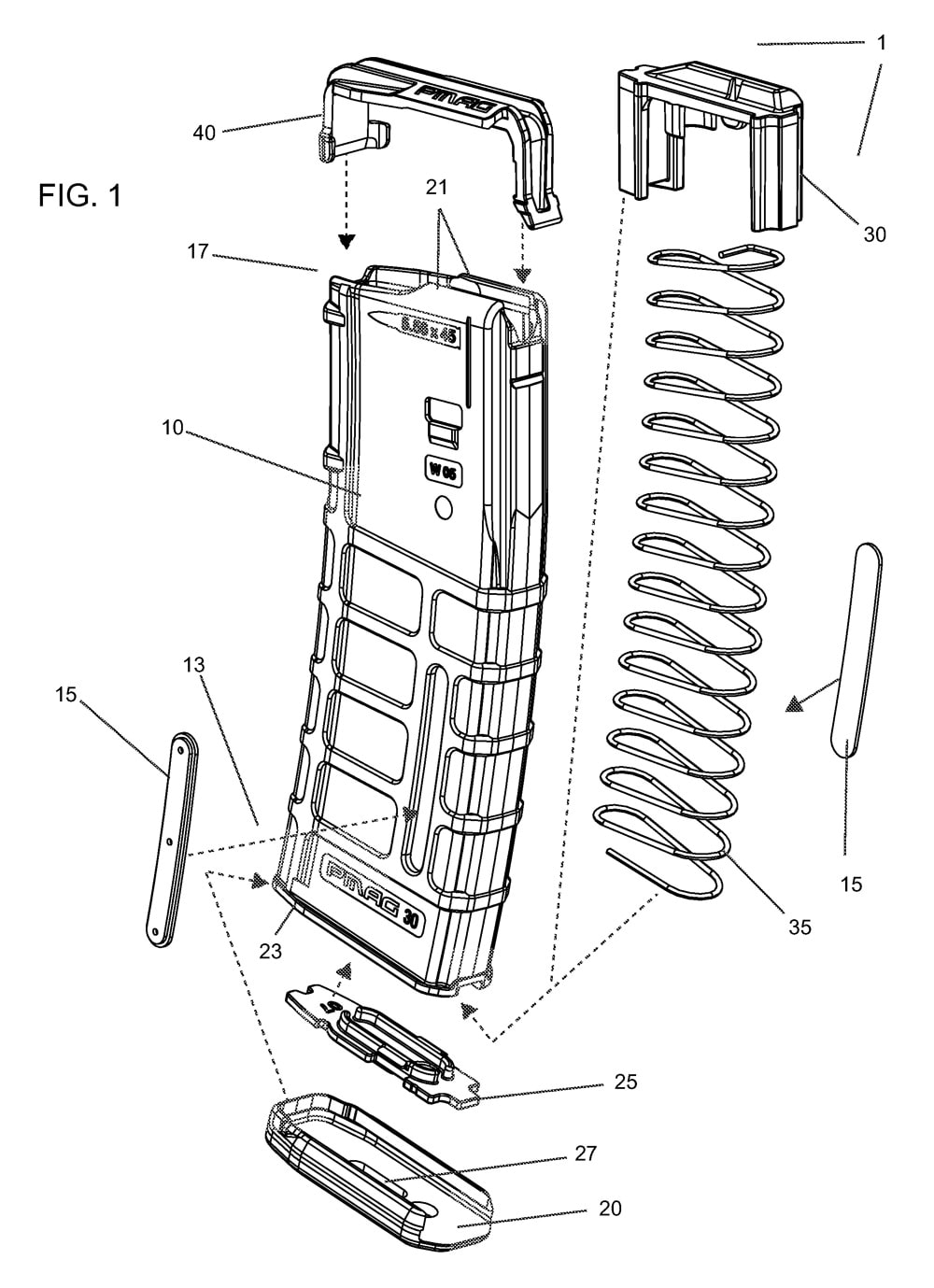 The Colorado-based company is asking for three times the amount of damages determined by the court plus court costs. In addition to compensation, it’s asking for ETS to change its magazines’ design and destroy inventory based on Magpul’s patent.

In the six-page complaint, Magpul cites three of its magazine patents, which differ by ammunition capacity, as being infringed, but does not specify the exact features ETS allegedly copied.

Using a similar argument, Mitchell has been successful protecting Magpul’s patents. In July 2013, Magpul filed complaints against four companies — Big Rock Sports, Cole Industries, Promag, and Plinker Arms — with similar allegations. Three of the lawsuits resulted in a settlement for an undisclosed sum along with the companies agreeing to change their design, but the fourth, against Plinker, ended Sept. 10 with a judge awarding Magpul $159,300.

Following the initial filing, Plinker denied the allegations, saying it did not use Magpul’s designs directly or indirectly, challenged the validity of Magpul’s patents, and then countersued. But Plinker was unable to prove its allegations against Magpul. After the court released the final judgement, it dropped the countersuit.

ETS, a Tennessee-based company, declined to comment for this article, pending more information about Magpul’s claims.

The company has 30 days to submit a response in court.