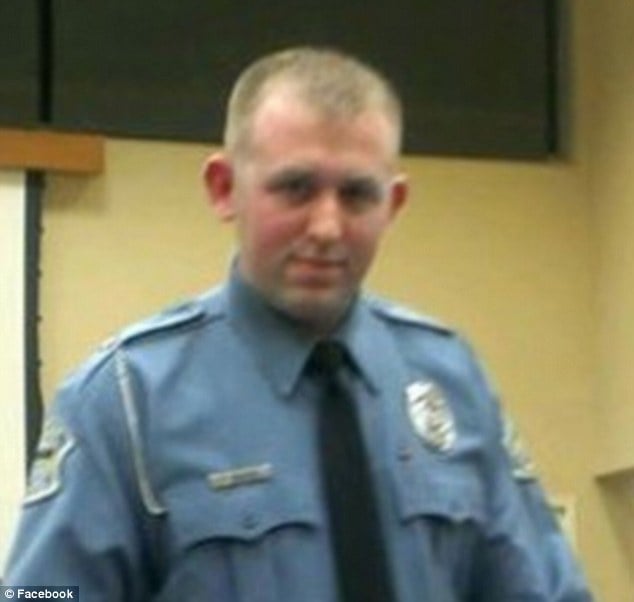 Darren Wilson, 28, grew up in St. Peters, Missouri, about 20 miles away from Ferguson. In a profile by the NY Times he’s described, before the shooting, as a low-profile officer with an unsettled past.

The most detailed account of the events that led up to the shooting of Michael Brown, as retold by officer Darren Wilson, have been leaked to the St. Louis Post-Dispatch Wednesday by a source familiar with knowledge of the statements Wilson gave.

Brown was fatally shot in Ferguson, Missouri, on Aug. 9. Witness accounts of what transpired vary tremendously and the shooting has fueled a firestorm of protests in and around the city.

Over the past two months, investigators have declined to comment on the incident and the ongoing investigation, which is currently being reviewed by the St. Louis County grand jury and the Department of Justice.

Because the investigation is ongoing, the source did not wish to be identified, but gave the newspaper details of the events that happened prior to Brown being shot.

According to the source, contact was initially made between Wilson, Brown and Brown’s friend, Dorian Johnson, when Wilson drove up in his patrol vehicle and found Brown and Johnson walking down the middle of the road, despite the fact that there was traffic on the street.

Wilson stopped his SUV and told the two young men to move to the sidewalk. The source said that as Brown walked past Wilson’s window, he cursed at the officer.

It was after Brown had passed that Wilson realized Brown, who was holding a box of cigarillos, matched a description that had just gone out over the radio about a young man who had stolen cigarillos from a nearby convenience store.

At that point, Wilson radioed for back-up, put his SUV in reverse and backed up to where Brown and Johnson were. When Wilson attempted to get out of the vehicle, according to his account, Brown shut the door on him, pushing him back inside and began to assault Wilson by punching him in the face through the open driver’s-side window.

In the close confines of the vehicle, Wilson was unable to use his pepper spray. Wilson couldn’t reach for his baton, which was near the back of his duty belt, because he was practically sitting on it in the vehicle. Wilson also did not have a taser. 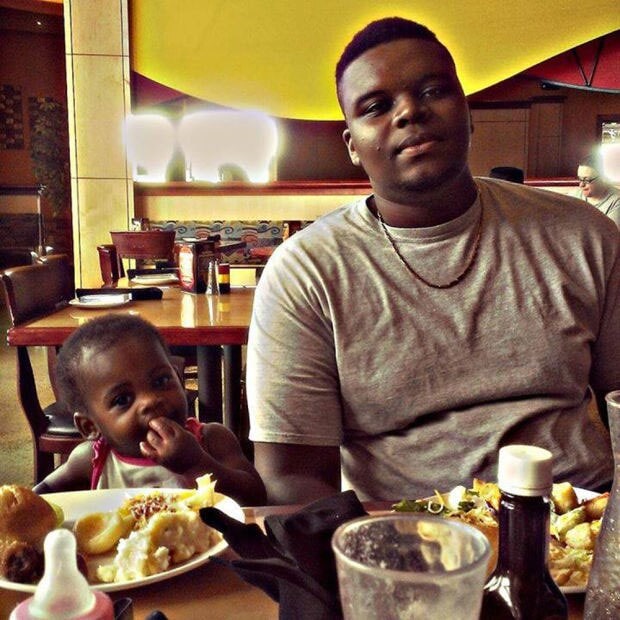 So, Wilson drew his gun, but Brown reached for it and a struggle over the firearm ensued, according to Wilson’ version of what occurred. During the course of the struggle, Brown turned the gun so that the end of the barrel was touching Wilson’s hip.

Wilson then pulled back from Brown, which lessened Brown’s grip on the gun. With the gun facing towards Brown, Wilson pulled the trigger. However, the gun didn’t fire because, Wilson believed, Brown’s finger had obstructed the trigger. Wilson fired a second time and struck Brown in the hand.

Wilson said he attempted to fire two more times, but failed, again due to Brown’s interference, he thought. But after Wilson was able to fire a second shot, Brown let go and ran off.

Wilson went to radio for help and report shots fired, but during the course of the struggle, his radio had been knocked off the correct channel.

Wilson then got out of the SUV and began to pursue Brown, who was at first walking away from him but then turned and faced towards the officer. Wilson said as Brown turned, his left hand was reaching forward, with his fingers downward, and he grasped his shirt with his right hand. Wilson said Brown’s hands were not in the air.

Brown then started to run toward Wilson, according to his account, and Wilson fired another shot. Brown cringed as if he had been hit, so Wilson ceased fire. But then Brown charged at him once again and Wilson fired several more shots. Wilson said the last shot struck Brown in the head as his head was down.

Wilson then radioed for an ambulance, but Brown was pronounced dead at the scene.

Wilson, who suffered bruises and scratches on his face and neck, later went to the hospital for treatment at the advice of other officers.

Wilson’s account of what occurred the moments before Brown’s death vary somewhat significantly from some witness accounts. However, the investigation revealed that Brown’s blood was found inside the patrol vehicle and on Wilson’s gun and uniform. The autopsy also concluded that Brown had been shot in the hand at very close range and that his face was turned downward when the bullet struck him in the head.

A decision from the grand jury on whether Wilson should face charges is expected within the next few weeks.