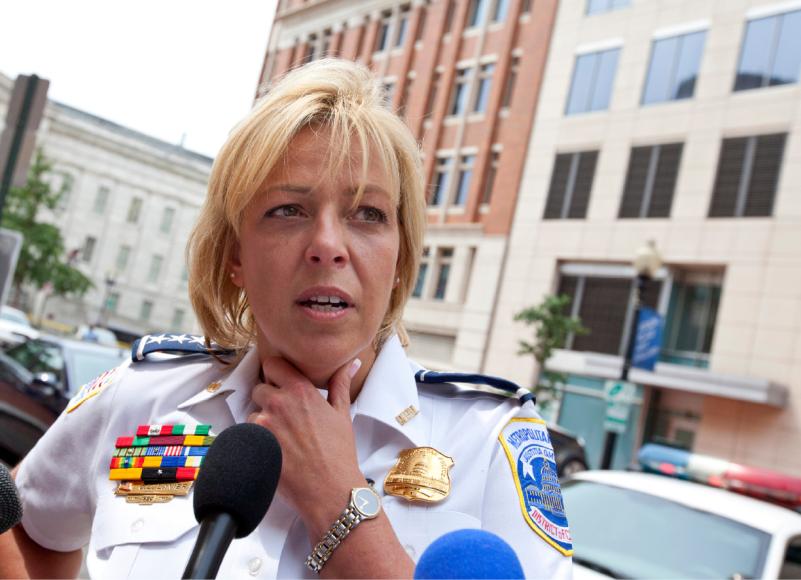 While the courts extended a deadline for Washington D.C. to have a concealed carry policy in place by October 22, the District is not ready to implement its own law, with no mandatory instructors approved.

These instructors are required to deliver a combination of at least 18 hours of classroom and range time to firearms permit holders seeking a concealed carry permit in the nation’s capital. However, as of Wednesday’s deadline set by the courts the city has not approved any instructors to conduct the training.

While there are some three dozen instructors certified by the Metropolitan Police Department to conduct basic safety training as required to have a firearm permit in the district, and several who are approved to train security guards, according to the Washington Times there are none that have been cleared to conduct concealed carry training.

Some point to the fact that the city is asking instructors to pay a $435 certification fee as a hold up to the process.

“This is another example of them making the process as difficult and expensive as possible,” said George Lyon, one of the plaintiffs in the case that brought about the federal court’s ruling. “It’s definitively an inhibition. Maryland does it for nothing, and D.C. has to charge $435?”

The MPD posted the guidelines and application for the new concealed carry permits on their website late Tuesday. These include a 16-page set of instructions and a 5-page application. A fee of $75 and a certification that the applicants have vision no worse than 20/200 in their better eye are required.

Further, all would-be permit holders are required to demonstrate “good reason” with their application. According to the MPD, this is explained as follows:

To demonstrate a good reason to fear injury to yourself, you must:

-Show a special need for self-protection distinguishable from the general community, as supported by evidence of specific threats or previous attacks, which demonstrate a special danger to your life.

-Allege serious threats of death or serious bodily harm, any attacks on yourself, or any theft of property from your person.

-Allege that the threats are of a nature that the legal possession of a pistol is necessary as a reasonable precaution against the apprehended danger.

-Provide all evidence of contemporaneous reports to the police of such threats or attacks, and disclose whether or not you made a sworn complaint to the police or the courts of the District of Columbia concerning any threat or attack.

-Pursuant to District of Columbia law, the fact that you live or work in a high crime area shall not by itself establish a good reason to fear injury to yourself or your property for the issuance of a concealed carry license

In addition to not having any instructors lined up, the city has not appointed any members to the Concealed Pistol Licensing Review Board, which would rule on appeals of those turned down by MPD Chief Cathy Lanier.

However the city may have time to spare for this, as the investigative process outlined in the forms posted by the MPD explain that the Lanier has a “reasonable period” of within 90 days to issue a written denial for a permit application which, “may be extended by the Chief for an additional 90 days.”