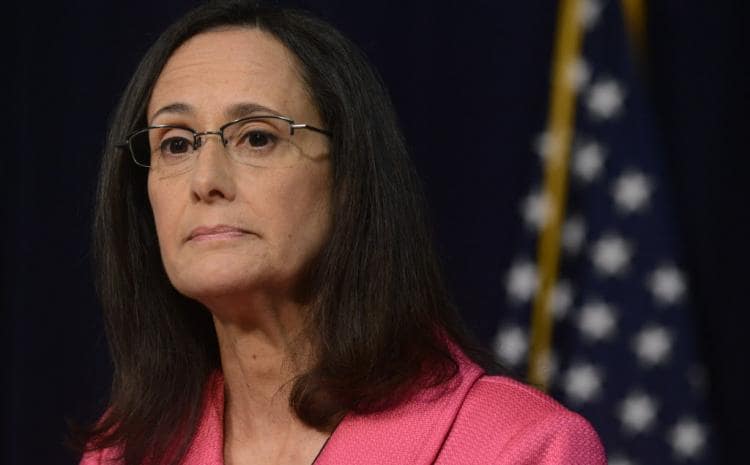 Illinois Attorney General Lisa Madigan and other state officials have been named as defendants in a lawsuit over concealed carry rights for otherwise qualified non-residents. (Photo: Chicago Sun Times)

Gun rights groups and advocates filed suit Wednesday against the state of Illinois over its policy of refusing non-resident concealed carry reciprocity.

Currently the Land of Lincoln, which only adopted concealed carry for its residents following a series of federal lawsuits, recognizes four other states’ carry permits within its border. South Carolina, New Mexico, Hawaii and Virginia have “substantially similar” requirements so their licensed carriers can obtain a non-resident permit in Illinois for $300. It’s this practice that’s being challenged in federal court.

The suit is backed by the Second Amendment Foundation, Illinois Carry and the Illinois State Rifle Association. The gun rights groups are supporting 10 plaintiffs who are Illinois non-residents and would like to carry in the state but do not live in one of the four “substantially similar” jurisdictions.

“Our plaintiffs have qualified for carry permits or licenses in their own states which means they have gone through background checks and other requirements that show they are responsible, law-abiding citizens,” said Alan Gottlieb, SAF founder and executive vice president, in a release Wednesday. “Yet, because of the current Illinois statute, their self-defense rights are suspended immediately after they cross the Illinois state line.”

Madigan has faced off against SAF and Illinois Carry before. In Moore v. Madigan, the gun rights groups sued the state over its practice of not issuing concealed carry permits at all. In a companion suit from the ISRA, Madigan was again named as a defendant in her official capacity. These cases resulted in Illinois adopting its current legal concealed carry laws. Attorneys’ fees from these cases cost the state some $841,000 after the courts struck down the Illinois ban.

“It makes no sense at all for Illinois to enforce such a narrowly-defined law that seems to recognize the rights of some non-residents, while dismissing the rights of most other non-residents. We can’t allow that kind of discriminatory situation to stand,” Gottlieb said.