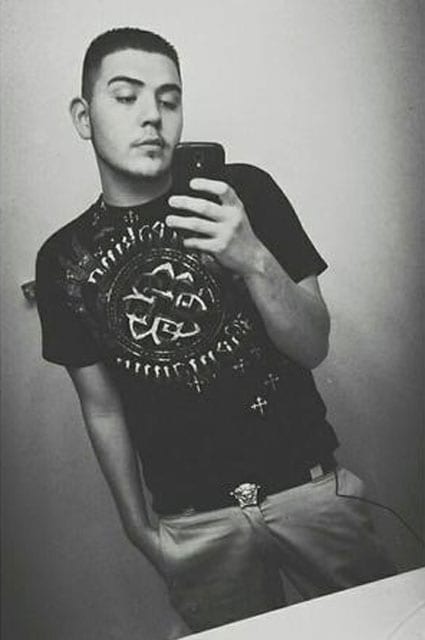 Courts records show that Christopher Garza, who attended a local community college, had faced drug charges in the past. (Photo: Facebook)

One man is dead and another facing murder charges after an attempted robbery of an Albuquerque convenience store Monday night turned awry.

At about 6:45 p.m., the store owner’s son, who was working as a clerk, heard the bell, which indicated someone at the drive-thru window. Moments later, Ruben Lucero and Christopher Garza, both 20, walked through the door wearing masks and carrying guns, the Albuquerque Journal reported.

Lucero also attempted to shoot out the store’s video surveillance cameras, but missed.

Garza grabbed a necklace, a watch and about $100 in cash and the two took off.

Once the suspects had left the store, the clerk, who had a gun but kept it hidden since both suspects were armed and already had his family in their sights, went to the lock the door behind them. At that point, according to the clerk, one of the suspects aimed a gun at him and the other said, “Shoot!”

Josh Dunlap, who lives near the store, said his aunt saw the two suspects run out of the store.

“The owner took about three to four shots. When they got in the car, he took about two to three more as they sped down the road,” Dunlap told KRQE. 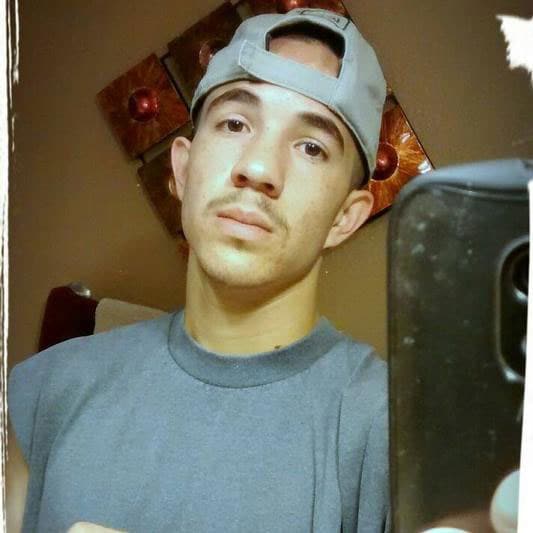 Ruben Lucero was studying to be a firefighter and loved boxing, according to his mother. (Photo: Facebook)

The suspects fled in a silver Mercedes, but both had been shot – Lucero in the arm and Garza in the torso.

As authorities responded to the 911 call, the vehicle crashed a short distance from the store.

“We heard a big ol’ crash and went outside, and saw all the cops pulling up right in front of it,” said 17-year-old Mariah Padilla, who also lives nearby.

Lucero was transported to a local hospital to receive treatment for his injuries, which were non-life threatening. Garza was pronounced dead at the scene.

Authorities recovered two guns and the stolen items from the Mercedes.

Lucero, whose mother said he loved boxing and was studying to become a firefighter, now faces several charges, including three counts of robbery, four counts of aggravated assault and child abuse. He also faces murder charges for his part in the events which led to Garza’s death.

Williamson confirmed that the store clerk will not face any charges.

According to area residents, who appear to support the actions of the clerk, the family had just recently purchased the store and Monday was opening day.

“Nobody would’ve ever thought that this would happen to him on his first day,” Dunlap said. “I hope that doesn’t change anything, but first day, that’s got to be terrible.”