Marines hand over largest base in Afghanistan, prepare to pull out 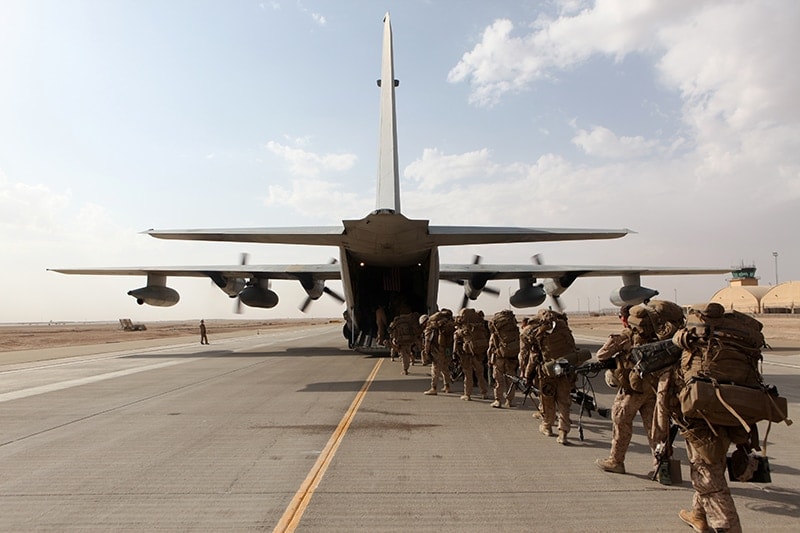 U.S. and British military forces relinquished control of one of the coalition’s largest bases in Afghanistan on Monday, ceding authority there to the country’s national army, according to media reports.

Some 873 Marines and 350 British soldiers quietly pulled out of U.S. Marine Camp Leatherneck and British airfield Camp Bastion in Helmand province after officials ceremoniously handed the posts over to the Afghan National Army, the Washington Post reported.

The bases made up NATO’s regional command center and quartered some 40,000 troops and civilian contractors.

Leatherneck was the last base held by the Marine Corps in a country where more than 2,200 U.S. troops have fallen since the 2001 start of Operation Enduring Freedom, according to icasualties.org, a Georgia-based website that tracks troop deaths in Iraq and Afghanistan.

The U.S. has had a significant military presence in the region and has also seen the most casualties there. Approximately 950 American troops were killed in the Helmand province since the start of the conflict and about half of that in Kandahar. Most of those casualties were sustained after the 2009 troop surge.

Departing troops left behind an estimated $230 million worth of infrastructure, property and equipment, including a major airstrip, Reuters reported.

The troops will remain in Kandahar for several days before redeploying to the U.S. and U.K.