Attempted burglary ends in gunshots, 5 arrests and a K-9 bite 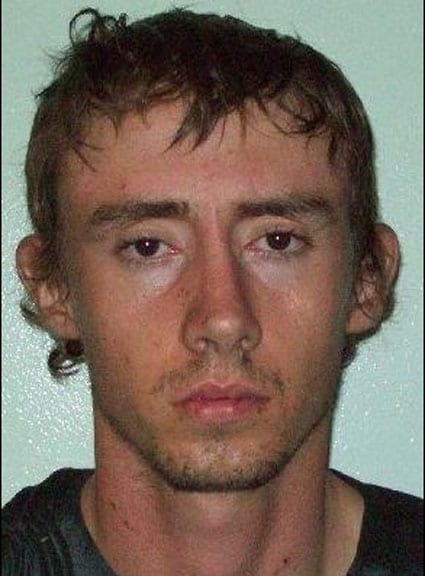 An attempted burglary at a Jamestown, California, home Thursday evening ended with the suspect getting shot by the homeowner and later being bitten by a K-9 unit.

Tuolumne County sheriff’s deputies responded to a call by the homeowner, who has not been identified, around 6:25 p.m. According to the homeowner, the suspect, who was later identified as 23-year-old Kristopher Randi, broke into his house in what authorities believe was an attempted burglary, local media reported.

The homeowner was armed due to previous burglaries at the house. Once Randi was in the home, he was confronted by the homeowner, but Randi apparently “ran at” the homeowner in a threatening manner. Fearing for his safety, the homeowner opened fire on Randi, striking him once in the leg.

Randi then ran off and the homeowner called the police to alert them that he had just “shot a burglar.”

When deputies arrived, they received information which led them to believe that the suspect was Randi, with whom they were already familiar.

Officers went to a nearby home where they believed Randi may have been located. The occupants of the home denied that Randi was there, but allowed officers to search the property anyway. Authorities brought in a K-9 unit to assist in the search.

The K-9, named Justice, found Randi hiding in the home, and when Randi resisted arrest, was bitten by Justice.

Randi was then transported to a local hospital for treatment for the gunshot wound and the dog bite, both of which were on his leg.

The four occupants of the home were also arrested and charged with felony accessory after the fact. They were identified as Ashland Hall, Christine Lindsay, Andrea Ybarra and Robert Ybarra, Jr., and all are being held with a $10,000 bond.

Authorities confirmed there was no relation between Randi and the occupants of the home where he was hiding.