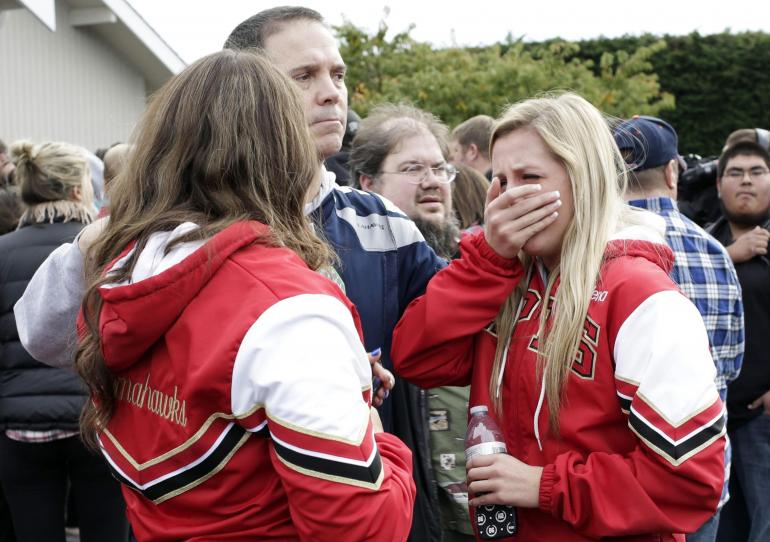 Within hours of the mass killing Friday at Marysville-Pilchuck High School in Washington State, a number of gun control groups and lawmakers were quick to make statements calling for action including increased regulation.

Some of these national groups, such as Everytown for Gun Safety, have invested heavily to the tune of nearly $2 million into a ballot initiative in the state, I-594, to expand background checks to include almost all gun sales. Everytown was joined in its call to action by the Washington Alliance for Gun Responsibility (WAGR), the direct sponsor of the measure. To those voices were added members of Congress from the other side of the country who called for a return of the federal assault weapon ban as well as increased background checks.

“We need to ban assault weapons … reauthorize a banning of assault weapons,” said Rep. Carolyn Maloney, D-NY, on MSNBC’s The ED Show Friday as news was still breaking about the mass killing in Washington State. Maloney continued with a grocery list of gun control of ideas such as making it a felony to traffic guns, smart gun research, mandatory liability insurance for firearms, increased gun storage laws and others.

A major private contributor to I-594, billionaire venture capitalist Nick Hanauer, posted over the weekend a series of musings to his social media account about the incident at Marysville-Pilchuck.

“Another school shooting in Washington State. Of course, the gun nuts will tell you it’s because we don’t have enough guns,” wrote Hanauer on Twitter.

Hanauer has donated an aggregate total of some $1.47 million as of Aug. 25 to WAGR, according to the state’s Public Disclosure Commission.

However, the subject in the mass killing, freshman Jaylen Fryberg, is believed to have used a handgun, which likely would not have been affected by an assault weapon ban and was too young, at age 15, to have been subject to a background check to obtain his gun even under the new tenets of I-594.

This point was not lost on gun rights advocates in the state.

“This deplorable incident would not have been stopped by I-594, as this shooter was underage to buy a firearm, and it is currently illegal to sell one to a minor,” Alan Gottlieb, chairman of the Citizens Committee for the Right to Keep and Bear Arms, which is backing a counter-initiative to keep the current status quo unless federal law changes, told the Seattle Times.

“To try to use this tragedy to push for passage of I-594 just shows what length the gun-prohibition lobby will go to further their anti-rights agenda,” Gottlieb said.