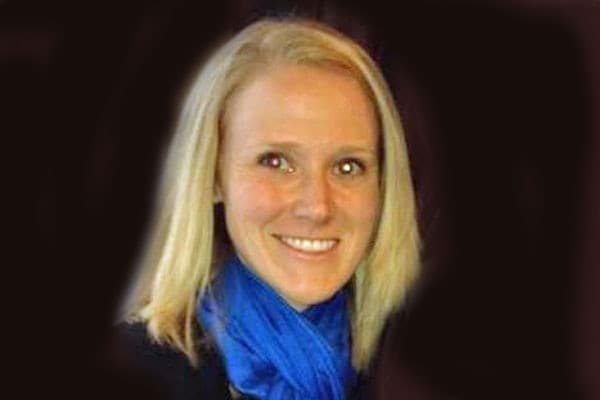 Some believe that if it wasn’t for the heroic actions of Megan Silberberger, Friday’s tragedy would have ended with more victims. (Photo: KIRO)

The tragic shooting at Marysville-Pilchuck High School outside of Seattle Friday afternoon left two dead and four wounded, but witnesses have begun to come forward claiming that it was the actions of one brave teacher who likely halted the tragedy.

Erick Cervantes was in the cafeteria when 15-year-old Jaylen Fryberg started shooting at other students before eventually turning the gun on himself.

Cervantes told KIRO TV that he saw Megan Silberberger confront Fryberg. Cervantes initially thought Silberberger was a “lunch lady,” but later discovered that she was a first-year social studies teacher who had only been teaching on her own for just a few months before the shooting occurred.

“I believe she’s actually the real hero,” Cervantes said of Silberberger. “She’s the one that intercepted him with the gun.”

According to Cervantes’ account, Fryberg was attempting to either reload his gun or aim it at her when Silberberger simply reached out to him and moved his hand away. At that point, Fryberg shot himself in the neck.

Cervantes said the shots began to ring out after a verbal altercation.

“It started off with an argument, but then I looked back and there was just gunshots and just people falling down,” Cervantes said.

It was then that Silberberger, who had been in an office next to the cafeteria when she heard the gunshots, intervened.

“She heard the gunshots first and she came in running through the door, right next to it,” Cervantes said. “She just grabbed his arm, and it lasted like two seconds, and I heard another shot.”

Randy Davis, president of the Marysville Education Association, talked with Silberberger following the shooting and also confirmed to local media that she ran towards the shooter, rather than away from him.

But although Silberberger is considered by many to be a hero for her brave actions, Davis said she doesn’t agree.

“This teacher’s basically told me, ‘I’m not a hero. I don’t want to be a hero. I just want to get back to work,’” Davis said. “To me, she might be a hero, but not to the person. Basically, this teacher is just doing what she thought was her job a the time.”

CNN requested an interview with Silberberger, but she declined and issued a brief statement instead, saying, “I am thankful and grateful for the support from everyone. At this time I am requesting privacy.”