Marvel announces full Phase 3 lineup, every Marvel movie to be made through 2019 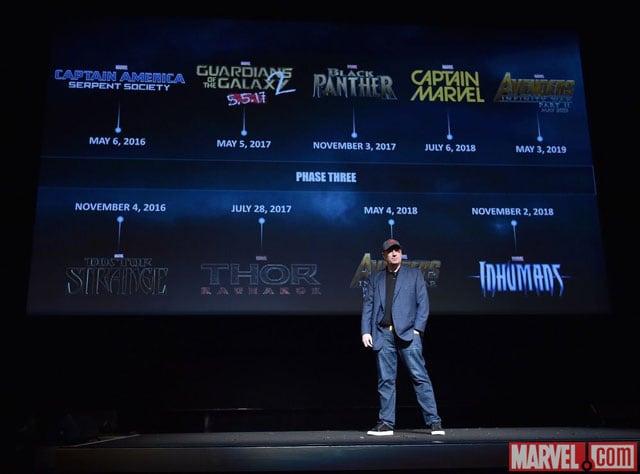 With Marvel fans everywhere biting at the bit to know what characters might expect to be seen on the upcoming big screen, Marvel Studios President Kevin Feige served up a full course meal of awesomeness at the El Capitan Theatre in Hollywood Tuesday by announcing the full Phase 3 lineup of Marvel movies – every Marvel movie to be made through May 2019.

The Marvel menu presents classic characters from past blockbuster hits and introduces new (old) characters to please both old and new fans alike. Expect to see familiar faces from Captain America, Thor, Avengers and Guardians of the Galaxy, but watch out for Black Panther, Captain Marvel, Doctor Strange and the Inhumans as well.

May 1: The Avengers: Age of Ultron

May 5: Guardians of the Galaxy 2

May 4: The Avengers: Infinity War, Part One

Yesterday’s announcement coupled with last week’s so-called accidental leak of The Avengers: Age of Ultron trailer have Marvel fans more excited than a kid who just got let loose in a candy shop. 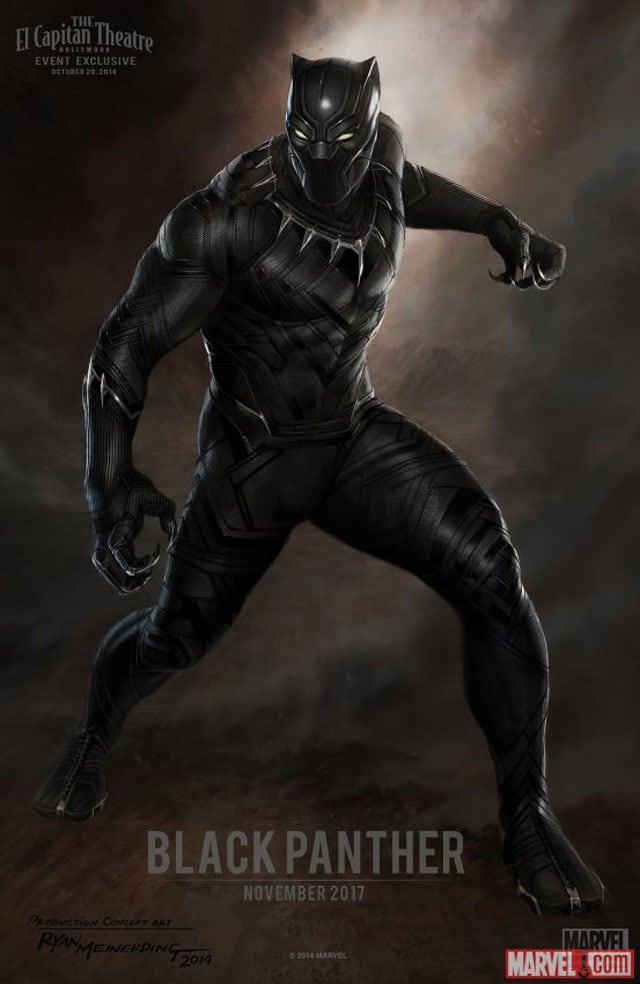