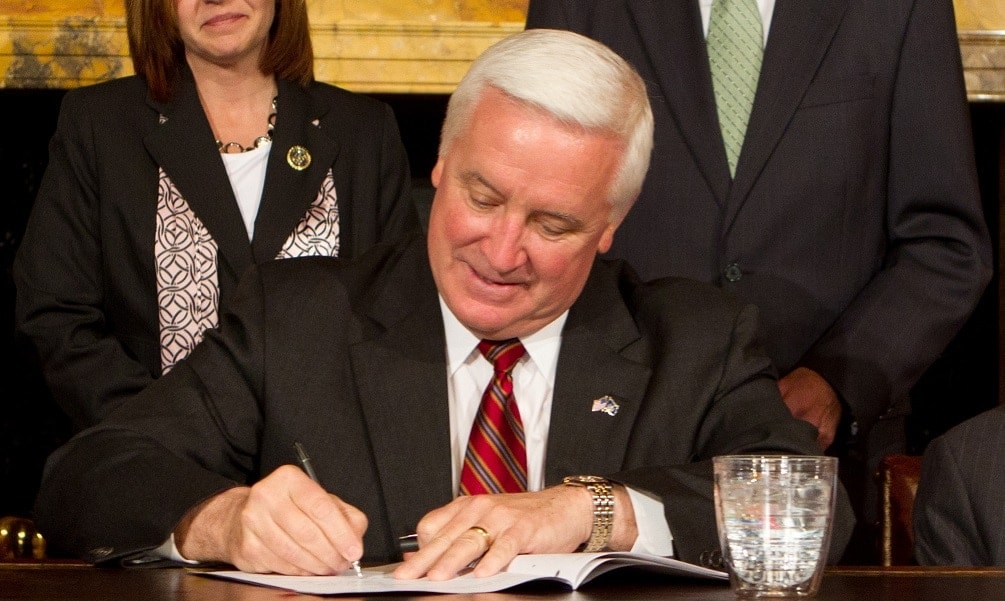 With the stroke of a pen Tuesday, Pennsylvania Gov. Tom Corbett (R) turned a controversial bill into law that will allow third parties to sue municipalities over local gun codes stronger than the state’s.

With Corbett’s signature, the new law will take effect in 60 days, potentially dozens of strict city and county firearms laws under the gaze of gun rights groups such as the NRA, who called the bill Tuesday, “the strongest firearms preemption statute in the country.”

When asked earlier in the week about which ordinances, if any, the NRA plans to go after local representative John Hohenwarter told media that he anticipates many cities will see the writing on the wall and repeal overly harsh statutes they have on their books before the new law takes effect.

“Talk to me in 60 days and we’ll see how many are left,” Hohenwarter said.