Driver runs over man dressed in zombie costume... and keeps on driving 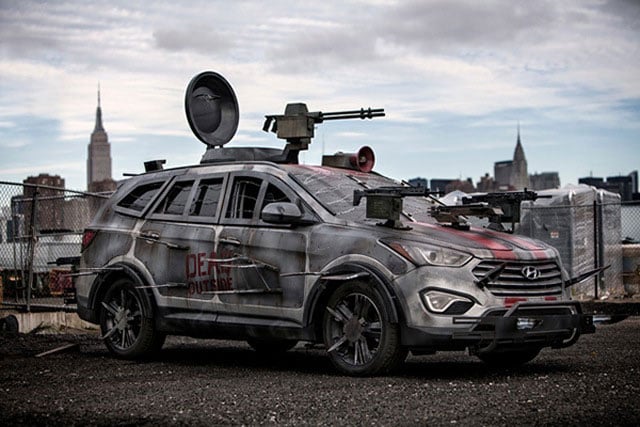 This is not an image of the actual car used in the hit-and-run, but it would be a good choice if one was attempting to take out some zombies.

When the zombie apocalypse hits, what will be your weapon of choice? A good pair of ghurkas? A gun? Crossbow? How about a car?

When a man driving his car through Nunica, Michigan, Saturday feared that the undead had, in fact, invaded the country, he used whatever he had on hand, which happened to be his car. He plowed over the brain-seeking zombie and proceeded to vacate the area with haste.

Unfortunately, the evil invader was just a 45-year-old man with a great costume having a little fun a few days before Halloween.

Jeff Stiles, was admitted to the hospital, but his injuries were considered non-life threatening.

Authorities said Stiles was at a Halloween party when he went outside to smoke a cigarette and attempted to scare passerby’s in the process. Apparently it worked.