Gallup interviewed 1,017 adults in all 50 states over the phone between Oct. 12 and 15, with almost half of the respondents saying the U.S. needs stricter laws covering firearm sales, and the majority saying handguns are okay. 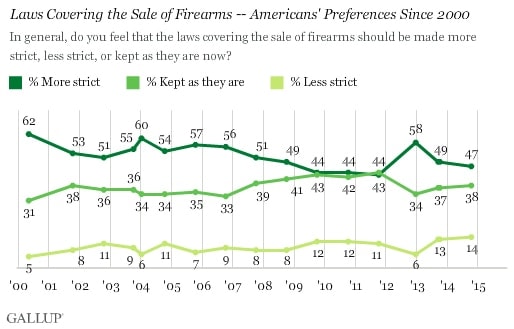 With regard to firearm sales, 47 said the U.S. needs stricter laws. That figure is down from 58 percent in 2012 after the Sandy Hook school shooting spurred a nationwide debate on gun ownership. Thirty-eight percent said laws should be kept as they are, and 14 percent say they should be less strict. 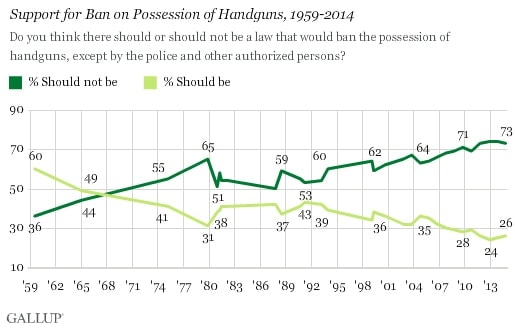 As for handgun ownership, a near record high of 73 percent say handguns should not be banned, but that has not always been the case.

In 1960, when Gallup first asked the question, 60 percent favored a ban on handguns, except for those carried by police officers and similar authorities. By 1975, that figure slipped to 41 percent.

Today, more like one in four still say handguns should be banned.