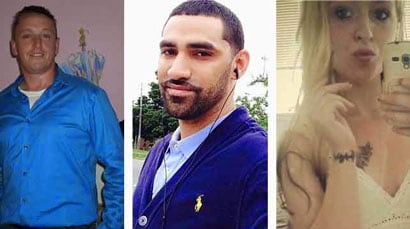 A Philadelphia father was arraigned Monday for voluntary manslaughter charges that he faces after fatally shooting a man he found in his daughter’s bedroom last month.

Charles Jordan, 41, maintains his innocence and said he only shot at 32-year-old Marc Carrion because he felt threatened and believed Carrion had broken into his home.

On Sept. 15, around 11:30 p.m., Jordan grabbed his handgun when he heard unfamiliar noises coming from the bedroom of his daughter, Brenda. Jordan told authorities that after he entered her bedroom, he noticed something out of place about Brenda’s window before he found Carrion crouched down in a corner next to the window, The Philadelphia Inquirer reported.

Jordan said he believed that Carrion had broken into the home through his daughter’s window, but would later discover that his daughter had invited Carrion, whom she had known for about a month, up to the second-floor apartment.

Jordan could be heard on the 911 recording telling Carrion not to move, followed by a single gunshot, which struck Carrion in the head, and screams coming from his daughter.

Jordan told authorities that he fired when Carrion lunged at him.

Carrion was transported to a local hospital but died a short time later.

Todd Henry, Jordan’s attorney, said Tuesday that his client “regrets what happened” but acted in self defense.

“He realizes what happened that night was a tragedy, but the actions only happened because he felt threatened in his home, and he feared for his personal safety and his daughter’s personal safety,” Henry said.

The complaint against Jordan claims he shot Carrion “while acting under a sudden and intense passion, resulting from serious provocation by the deceased.”

Tasha Jamerson, a spokeswoman for the District Attorney’s Office, said the charges were only filed “after a lengthy investigation.”

If convicted, Jordan could face up to 20 years in prison.