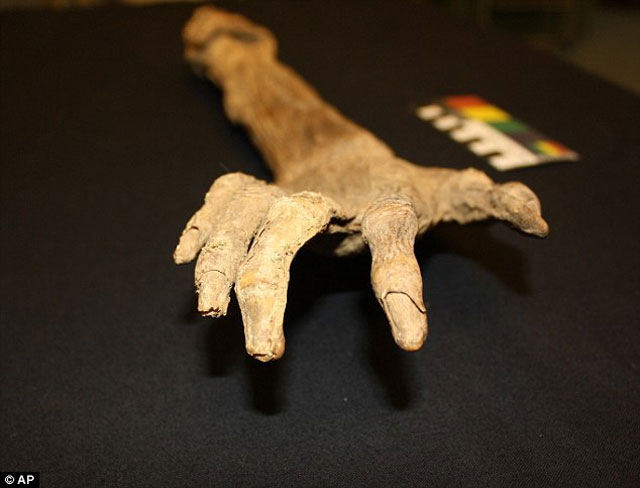 A 150-year-old mummified severed arm believed to once belong to a Civil War soldier stands at the center of a Halloween display at the National Museum of Civil War Medicine in Frederick, Maryland.

The museum is located near the Antietam National Battlefield and houses a 19th century embalming parlor known to be the most haunted building in Frederick.

The arm is referred to as “The Arm of the Unknown Soldier” and museum curator Lori Eggleston said it’s about more than just marketing.

“We don’t want it to be a scary Halloween prop,” Eggleston said. “This is the arm of a 16-year-old boy who probably died on the battlefield.”

The arm, which appears to be naturally mummified, was donated to the museum anonymously in 2012, but there’s controversy surrounding the arm’s actual origins.