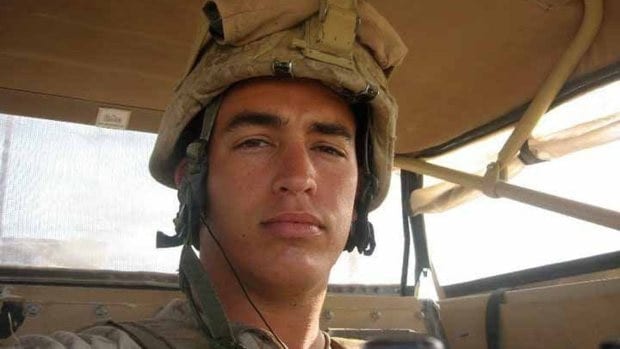 Sgt. Andrew Tahmooressi looks down from his seat in a Marine combat vehicle during one of his combat tours in Afghanistan 2010-2012. (Family photo courtesy Jill Tahmooressi/MCT)

There’s no doubt Greta Van Susteren has been rooting for Andrew Tahmooressi’s release, which finally happened after about seven months of incarceration in a Mexican jail. The former Marine sergeant — who said he ended up in Mexico after he took a wrong turn while driving with three guns and more than 400 rounds of ammunition — was released Friday night and subsequently flown to the Florida home of his mother, Jill Tahmooressi.

The Fox News analyst, like much of the media — including Guns.com — followed the story from the beginning, but Van Susteren landed an exclusive interview with the newly freed Tahmooressi, according to the Orlando Sentinel. Van Susteren’s show, “On the Record,” airs at 7 p.m., though the day of the interview with Tahmooressi has not yet been announced.

On a Fox News morning show Saturday, Van Susteren gave her reaction, calling the ordeal a case of simple possession and questioned why it took 214 days “to get to the obvious.”

Host Tucker Carlson asked why she thought Tahmooressi was held for seven months and Van Susteren said she wished she knew, but suspected there was a grudge on the part of the Mexican government against the U.S.

Van Susteren also chided the Obama Administration for not doing anything to help release the former Marine, who deployed twice to Afghanistan and suffers from Post-Traumatic Stress Disorder.

A petition demanding the release of Tahmooressi was sent to the president on May 1 and received 134,936 signatures. The White House issued an official response stating that while it won’t disclose the diplomatic discussions it holds with Mexico, top officials in the State Department, including Secretary of State John Kerry, have spoken to Mexican officials about Tahmooressi’s case.

“We respect the rule of law and expect the judicial process of sovereign nations to protect other U.S. citizens who might find themselves in similar circumstances in the future,” the White House said.

In the end, the Mexican court ruled that Tahmooressi would be freed — not by an admittance of his innocence, but on humanitarian grounds — so that the former Marine could receive treatment in the U.S. for his PTSD, which was confirmed by psychiatrists on both sides of the case.

Van Susteren admitted that the U.S. could not simply force Mexico to release Tahmooressi.

“It had to got through the process, we can’t just big foot them and say send him home. But they could have set this one up really quickly and it was pretty obvious from the very beginning,” Van Susteren said.

Tahmooressi’s lawyer, Fernando Benitez, who Guns.com interviewed during the trial, has said he will not provide any interviews until his client has approved it. Similarly, talk show host and former Marine Montel Williams, who has been an avid supporter of Tahmooressi, has said he won’t give interviews unless Tahmooressi asks him to.

Benitez said he is working on retrieving his client’s belongings, including the truck he drove across the border in, a 12-guage shotgun, an AR rifle and a .45-caliber pistol. The paperwork for all three guns were in Tahmooressi’s truck when he was stopped at the border.

Tahmooressi just had moments before come from Mexico on foot. He parked his vehicle on the U.S. side and walked to Mexico, where he spent some time in a hotel.

Van Susteren retraced Tahmooressi’s steps, driving the route he took that brought him to the border.

“This is exactly the turn I would’ve taken because … the roads are so mismarked,”  Van Susteren said.