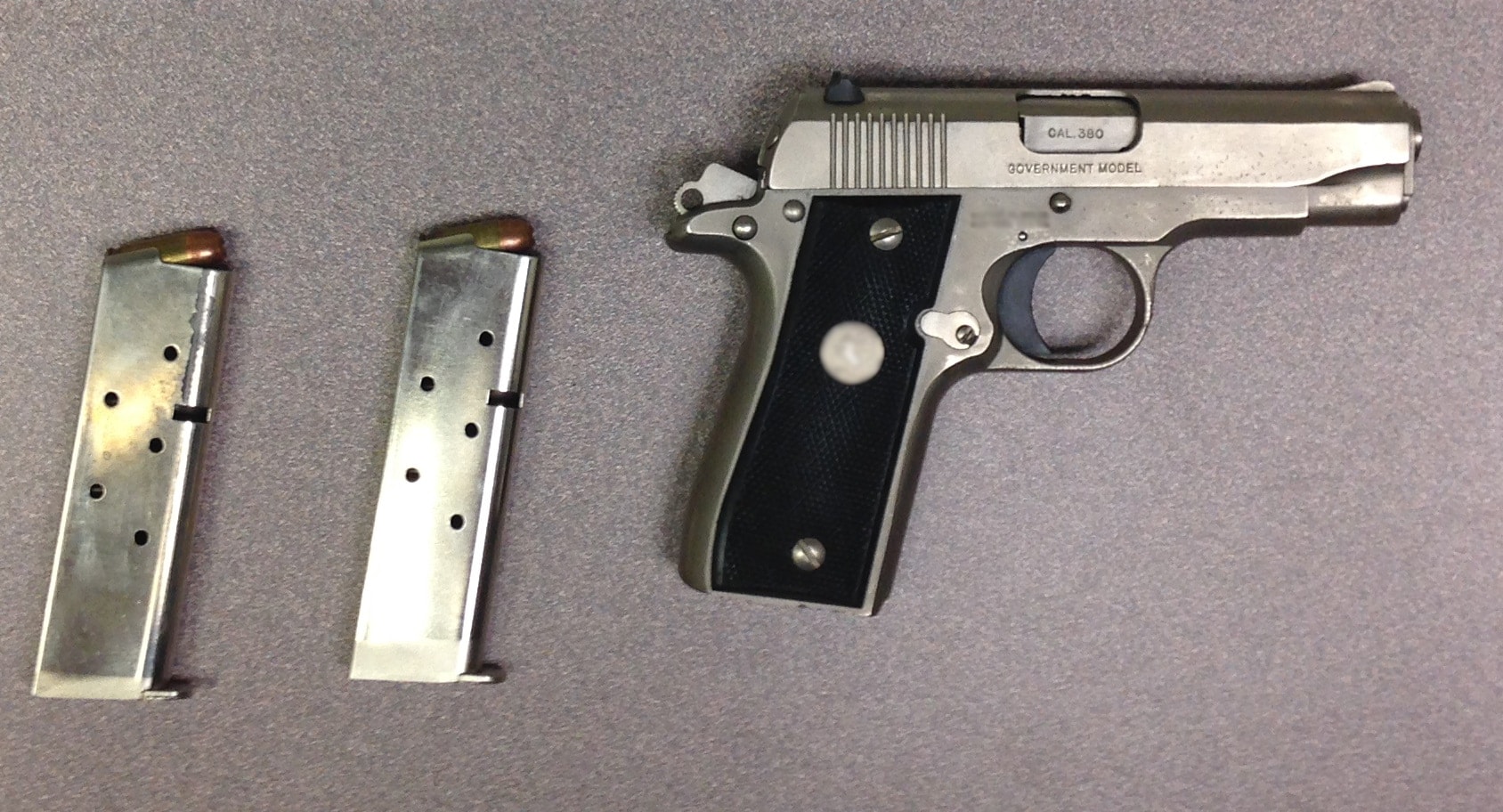 When Roy Fielding Neel Jr. passed over the Canadian border with a pistol in his toolbox to visit a nature park, he set in motion a series of events that ended with a guilty plea in court this week.

Neel, 67, of Waddy, Kentucky, while attempting to cross into the land to the north at Chief Mountain, Alberta, on July 3, told Canadian border officials that he had no firearms to declare. Then, on closer inspection, authorities found a Colt .380 Government pistol, two magazines, 59 rounds of ammunition and a flare gun locked in the toolbox of Neel’s truck. This led to four charges under Canada’s customs and criminal codes and a scheduled court appearance in September.

This week, Neel’s lawyer entered a plea of guilty to the charges in a Canadian court at Lethbridge on his client’s behalf. In return, the American lost his Colt, picked up a $4,000 fine (or $3,545 U.S.), and a 10-year prohibition on bringing guns into the country.

Overall, it is legal for Americans to bring guns into Canada, provided they are declared and of an approved class. According to information supplied by the U.S. Embassy and addressed to travelers from the states heading to the land of maple syrup, hockey and Molson, there are three classifications of firearms in Canada.

The latter category, which includes guns classified in the country as ‘assault-type weapons’ and small handguns, that Canada absolutely refuses to allow inside. While the first two classes can be brought into the country by U.S. citizens who declare them and get the proper permits and fees, the third cannot.

Neel’s case is not the first time in recent years that an American faced the weight of the Canadian justice system over a .380.

In 2013, retired Army Sgt. Maj. Louis DiNatale, ironically also from Kentucky, was charged with five different counts after border officials found a Bersa .380 in the glove compartment of his wife’s car that he had forgotten was there. Facing three years in prison, DiNatale was acquitted by a Canadian court this September who concurred that since DiNatale wasn’t intending to travel into Canada and only came to the crossing by accident.

Neel had attempted to cross the border to visit the rugged wilderness of Waterton Lakes National Park.

His lawyer states that Neel now does not intend to return to the country.