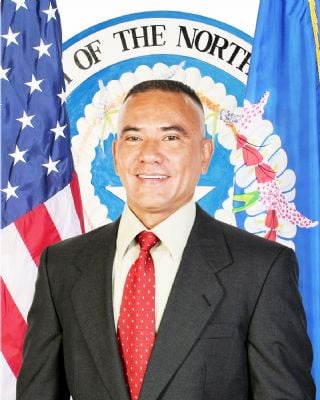 “There’s nothing we can do but introduce legislation,” said Rep. Christopher Leon Guerrero (Ind-Saipan) with the prospect of a federal judge striking down the territory’s prohibition on handguns. (Photo: CNMILeg.gov)

Faced with a federal lawsuit backed up by recent court decisions, the government of the Commonwealth of Northern Marianas Islands is moving to repeal the last handgun ban in the U.S.

The Mariana Islands, whose population lives primarily on the island of Saipan, has some of the most restrictive gun laws in the nation. While people born there are U.S. citizens, the official currency is the dollar, and they have a representative in Congress, the little-known slice of America enjoys few of the gun rights that those in the rest of the county do. Handguns are illegal, guns cannot be carried — even at home — and long arms require a hard-to-get permit.

After waiting fruitlessly for a set of these longarm permits for 14 months following a vicious home invasion, a U.S. Navy veteran and his wife filed suit in federal court challenging the CNMI’s entire firearm scheme in September. Now with the likelihood of the territory’s laws being struck down by a federal judge, the top cop in the Marianas pleaded this week to the legislature to modify the weapon statutes in order to keep them.

“We believe that the court may ultimately rule unfavorably against the Department of Public Safety,” DPS Commissioner James Deleon Guerrero told the Marianas Variety last week. “We have always believed that to be the case but, as I said earlier, we will cross that bridge when we get there. Unfortunately, we’ve now reached that bridge.”

A number of recent federal court decisions, such as the Peruta case and the follow-on Richards and Baker cases, which went after may-issue concealed carry permitting schemes in California and Hawaii, have proved to be a powerful reason for territorial governments to change their gun laws. In all of these the U.S. 9th Circuit Court of Appeals, which has jurisdiction over the Marianas as well, struck down state language that affected the ability of lawful gun owners to legally carry a firearm concealed.

Seeing the writing on the wall for firearms restrictions, Guam, the CNMI’s closest neighbor, chose to legislate away their gun prohibitions before having to defend it against litigation. In May, citing Peruta, that territory passed a measure to move away from may-issue guidelines for concealed carry permits.

Now the CNMI may do the same in an effort to derail the looming federal lawsuit.

According to the Saipan Tribune, Judiciary and Governmental Operations chair Rep. Chris Leon Guerrero (Ind-Saipan) told the commonwealth’s legislature that there is no other choice but to change the law.

“There’s nothing we can do but introduce legislation. We want regulation in place in the event this lawsuit prevails. I’m not in support of handguns. We have the best gun laws in the nation. Statesiders I know are often surprised that this is only place in America where handguns are outlawed. They’re fascinated that we don’t allow handguns here,” Guerro said.

The commonwealth’s acting governor, Jude U. Hofschneider, promises to look at the issue as a whole before making a decision.