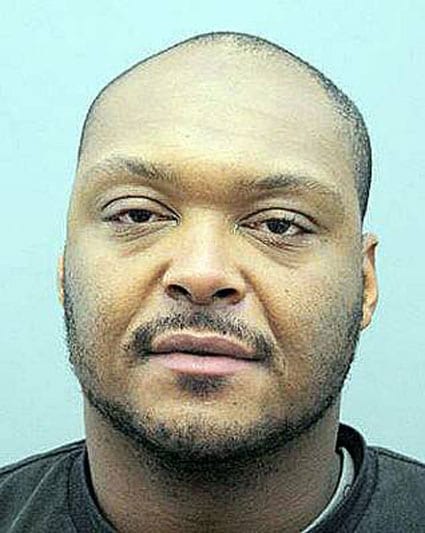 Damien Robins, a convicted felon, is believed to have been high on meth during the rampage. (Photo: Henderson Police Department)

A recently fired electrician high on methamphetamine was believed to be set on harming people during a bizarre attack that started in Henderson, Nevada, and stretched into neighboring Boulder City. According to the man’s wife, when he was unable to purchase a firearm, he simply chose another, more easily accessible weapon – a hammer.

The suspect’s wife told the Las Vegas Sun that her husband, Damien Robins, was fired from his job the day before the attacks occurred, but she had not seen him for several days. She said Robins was addicted to methamphetamine and it wasn’t unusual for him to disappear for several days at a time.

But on the afternoon of Oct. 24, Robins showed up at their home with ill intentions. For several hours, Robins held his wife captive inside their house, during which time he told her that he wanted to kill her and burn her body. Robins also revealed that he “felt like bludgeoning someone” as a means to ease his aggression.

Then Robins decided he wanted to get a gun, but since he was a convicted felon and unable to purchase one legally on his own, he enlisted the aid of his wife. And since it got her out of the house after being trapped for several hours, she did not disagree.

She withdrew $500 from her bank account, as instructed by Robins, then went to a local gun shop to purchase a gun for Robins. She completed the paperwork as needed, but was unable to walk out with a firearm, because the county in which they resided required a three day waiting period.

The couple then returned to their home and the wife was able to convince Robins to let her go get their child from the babysitter. However, she used the opportunity to go to a friend’s house to get help instead.

While she was gone, the violence exhibited by Robins escalated.

Unable to purchase a gun, Robins armed himself with a hammer and attacked 10 randomly chosen people.

Twenty-seven-year-old Nicole Thompson suffered a jawbone broken in three different places and a broken finger after Robins cut her off in her car before he jumped out of his car and began hitting her across the face with the hammer.

Thompson said Robins could not be reasoned with, but eventually just got back into his car and drove away.

“He was just crazed,” she said. “I don’t know, he was just going and just hitting me.”

Robins told another victim, whom he had randomly chosen from a crowded parking lot at a local high school, “Sir, I’m sorry but I’m going to kill you; everything will be okay when you’re dead,” a local ABC affiliate reported.

After briefly eluding authorities, Robins was eventually apprehended with the help of a K-9 unit.

Authorities said that Robins was eerily calm during the instigation and very vague with his answers when they questioned him about the events that evening. At one time Robins told investigators, “Well, I beat some people up, I guess.”

Robins faces three counts of assault with a deadly weapon, six counts of attempted murder and kidnapping charges. Several people were hospitalized following the attacks, but fortunately, nobody was killed.