The Washington measure requiring background checks on all purchases or transfers of guns passed by almost 60 percent during the state’s general elections Tuesday evening. Though proponents of Initiative 594 called the race early, the last precinct, Whitman County, didn’t report its results until about 9:14 p.m. The New York Times called a victory for 594 at about 9:05 p.m.

The competing initiative, 591, was rejected by about 55 percent of voters.

In a state of almost 7 million people, Washington has about 3.9 million active voters. Some 2.4 million voted on Tuesday.

Everytown for Gun Safety backed the initiative, spending more than $4 million there. The group said it will set its sights on Nevada next.

“When it comes to guns, the only Washington that mattered this election was Washington State and the victory for I-594, the background check ballot initiative there, proved the polls right – when Americans vote on public safety measures to prevent gun violence, gun safety wins,” said John Feinblatt, president of Everytown for Gun Safety. “The NRA might be able to intimidate Washington DC and state legislators, but they don’t intimidate American voters – and we expect to prove this again in Nevada where signatures are currently being gathered to put background checks on the ballot there too.” 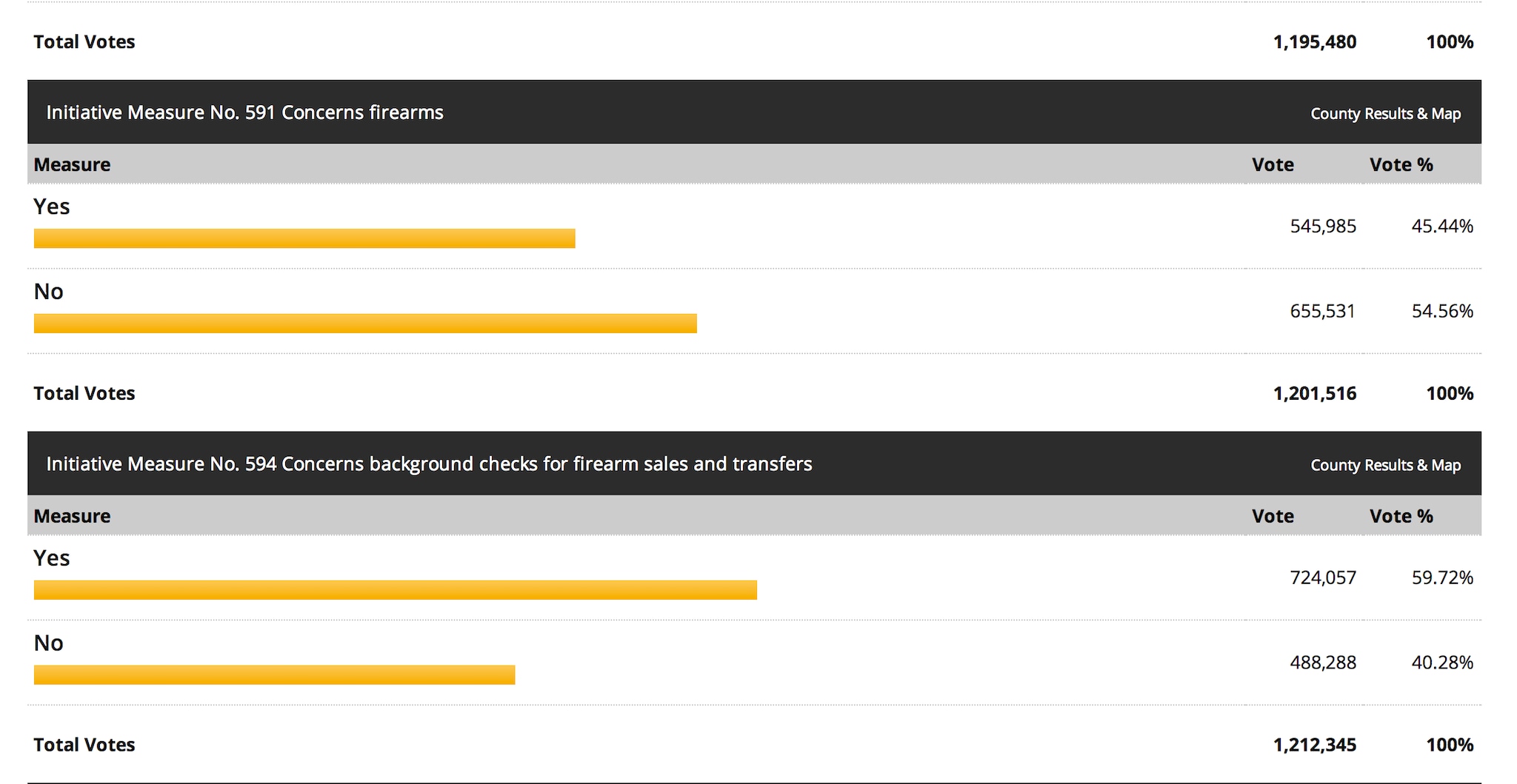