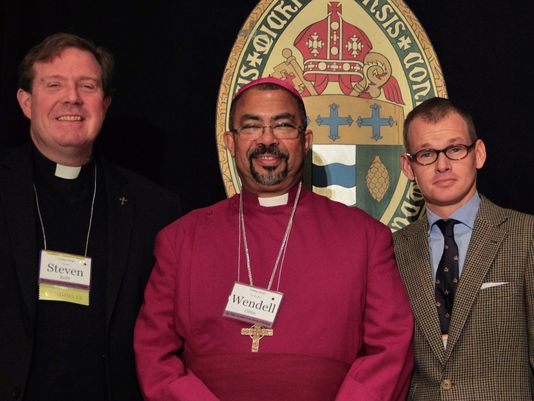 A Michigan diocese, following its annual convention, issued a resolution calling for a ban on “military-style” weapons, universal background checks and other measures to fight gun violence.

The call came from the Michigan Episcopal Diocese as one of a list of resolutions issued from consolation in its 180th Diocesan Convention in Lansing. According to the church, the move aims to halt what’s described as the impact of gun violence on communities across the state.

“Access to guns with rapid fire ability and high capacity magazines are a common, deadly ingredient in these repeated killings,” reads the resolution. “Wholesale murder is made possible because, those without proper moral guide have easy access to these assault weapons. We as a society must face these hard truths. We must have federal and local legislation to ban assault weapons, limit the capacity of gun magazines, and institute universal background checks for all purchasers of firearms.”

In addition to the above, the resolution also calls to ban ammunition, “more deadly than ordinarily used in hunting,” as well as making the trafficking of guns a Federal crime.

According to its website, the Michigan Episcopal Diocese comprises some 95 congregations, primarily in the greater Detroit area. The bishop of the church is the Right Reverend Wendell Gibbs, a noted social activist who has co-signed letters to Congress protesting the use of cluster bombs by the military. Recently the bishop’s committee has also applied decals on the doors of St. Thomas Episcopal Church in Trenton and others declaring them gun free zones.

However not all of the members of the Diocese are in step with the resolution.

Dennis Lennox, a member of St. John’s Episcopal Church in Detroit and an attendee of the recent convention, told the Detroit Free Press that he tried unsuccessfully to amend the wording of the guidance.

“Passing an inherently political resolution … does absolutely nothing to proclaim the glory of God and bring new people to the pews of churches,” Lennox said. “I wish churches … would focus on being a house of prayer for all people, instead of becoming extensions of political movements and parties.”

The move in Michigan is not the first time this year that religious figures have come out in support of gun control initiatives.

Recently the Catholic Conference of Illinois, the public policy arm of Catholic bishops in the state came out in strong support of a measure in the Illinois General Assembly that would formally prohibit concealed carry in all places of worship throughout the Land of Lincoln.

Similarly, a universal background check initiative in Washington State financed largely by billionaires and former New York Mayor Michael Bloomberg’s Everytown group, has strong support from a number of faith-based organizations including the seat of the Episcopal Diocese of Olympia.