Midterms: Polls open and guns a major issue for voters

The midterm elections are here and while there aren’t many ballot measures relating to gun rights or gun control, special interests are pouring money into states to back — or oppose — politicians who are decidedly on either side of the gun debate.

Control of the U.S. Senate is another important issue, with groups trying to outspend one another in key states. The cost of this election has barely surpassed that of 2010 — nearing $4 billion — but money from outside groups has played a much more significant role this time than individual contributors, according to a report conducted by the Center for Responsive Politics.

Here’s a snap shot of the top 10 recipients of these big spenders. In many cases, outside spending has well surpassed that of what the candidates have shelled out. The North Carolina Senate race leads, having received more than $81 million in outside funds, where its candidates have only spent $33 million on their campaigns. 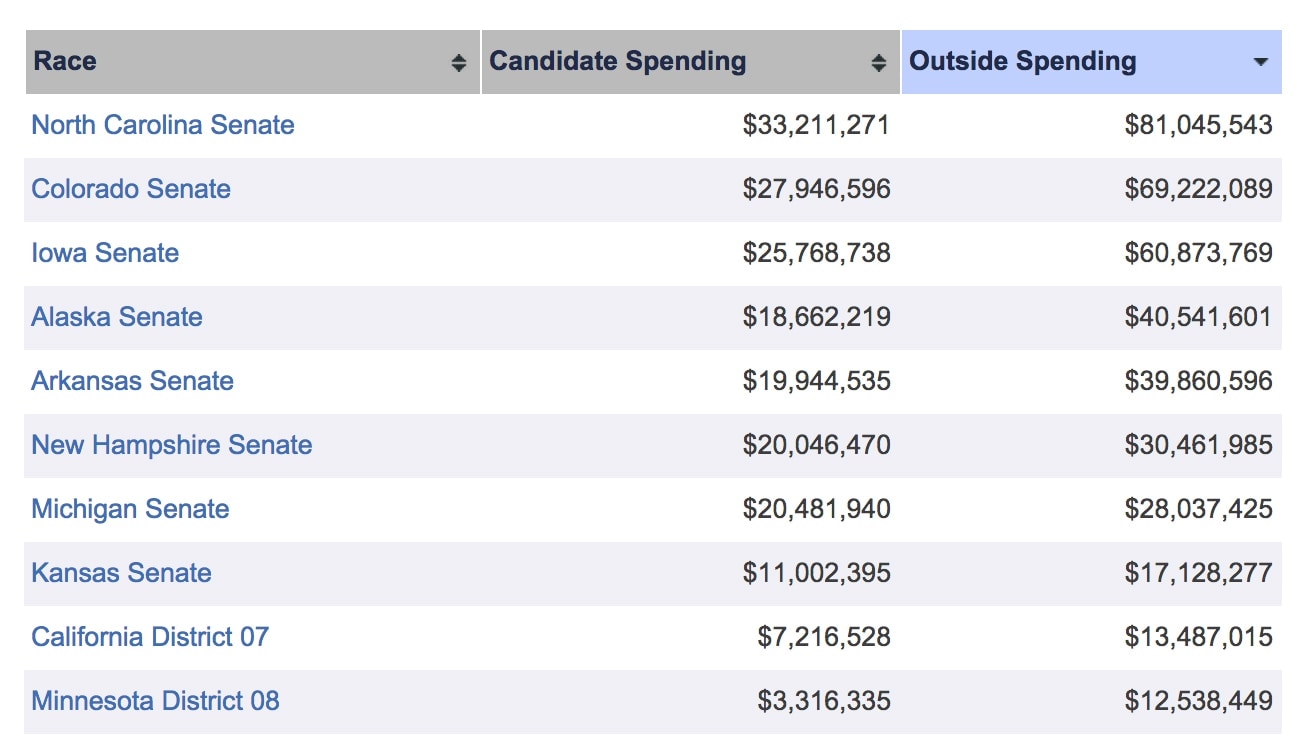 Gun control groups like Americans for Responsible Solutions, headed by U.S. Rep. Gabby Giffords, and the Michael Bloomberg-backed Moms Demand Action for Gun Sense in America, are looking to put their stamp on this election and the National Rifle Association and the National Shooting Sports Foundation are bolstering their candidates.

Giffords’ group has spent some $20,000 on lobbying, her political action committee has spent almost $16.2 million and independent expenditures totaled almost $6.9 million this election cycle. Giffords recently went on a multi-state tour to promote laws that protect women from gun violence.

Everytown for Gun Safety in America, part of Bloomberg’s coalition, issued a questionnaire to candidates across the country and then released a list of its picks.

The group spent some $1.23 million on lobbying and $333,748 for or against various candidates.

The NRA, which has been vetting candidates for some time now, has its own list of endorsements, which includes grades based on voting record and responses to its questionnaire.

The gun rights group has been launching TV ads to combat gun control groups and has spent some $2.5 million on lobbying. Its PAC, the NRA Political Victory Fund, has spent almost $15.5 million and independent expenditures totaled more than $20 million.

Several thousand Democrats nationwide were given a passing grade by the NRA, in fact. But just because the gun rights organization gave them the nod — many of whom received As and Bs on its questionnaire — the NRA has still spent some $16.8 million against Democrats, while shelling out approximately $12.9 million on advancing Republicans, according to the Center for Responsive Politics. 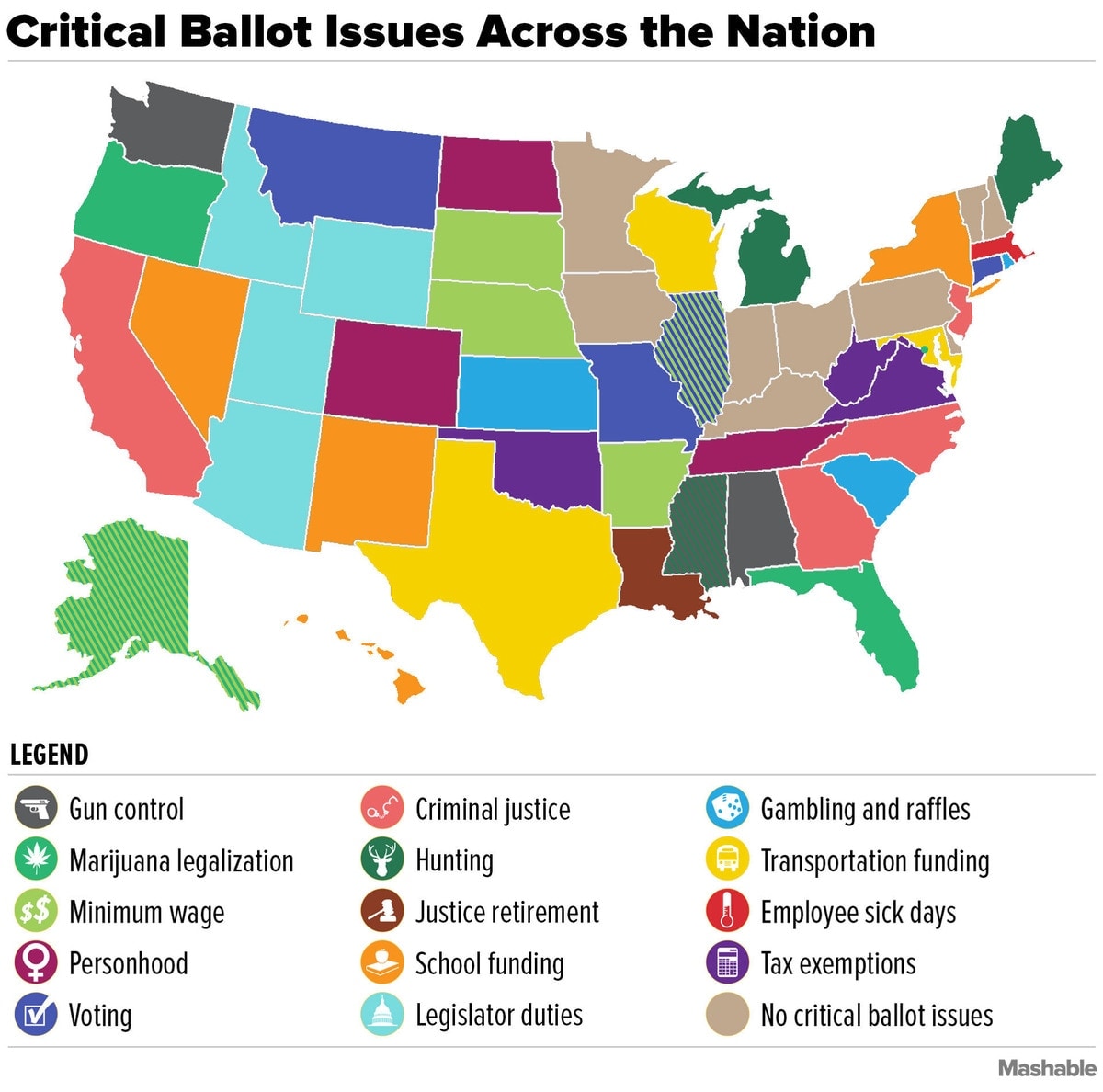 The recent shooting at a Washington state high school could affect how voters see two ballot measures there. One, I-594 — which gun control groups put an estimated $10 million into last month — would expand background checks to include almost all gun sales and the other, I-591, would maintain the status quo. Gun rights advocates, like those behind Alan Gottlieb, chairman of the Citizens Committee for the Right to Keep and Bear Arms, will likely be voting for the latter.

New Jersey lawmakers are looking to mandate training for potential gun owners, which, according to the bill’s Democratic sponsors, aims to decrease the number of gun accidents.

Alabama and Mississippi have pro-gun measures on their ballots, including two that would preserve hunting and fishing as a basic guaranteed right by law.