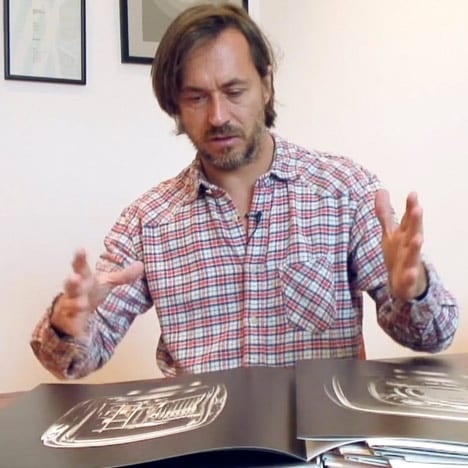 Marc Newson described something that big.

Marc Newson, the industrial designer who joined Apple earlier this year, is working with Beretta to design a new version of the classic 486 Parallelo side-by-side shotgun.

We won’t know more until the shotgun is unveiled on Nov. 13, but given Newson’s history it will be sure to impress. The unveiling even will be held in London.

Newson has a long history working with companies to develop new styles and new functions, sometimes making radical changes to products to make them entirely original.

Other companies Newson has worked with include Lockheed, Nike, Ford, Pentax and Airbus. He’s won numerous awards for his work including command of the Order of the British Empire for his contributions to the world of design.

The 486 Parallelo is a round receiver side-by-side 12-gauge shotgun made to capture traditional form and function while taking advantage of modern manufacturing for maximum reliability and durability. It’s organic design folds in nicely with Newson’s personal style called biomorphism, which blends lines together without sharp edges.

Current versions of the 486 Parallelo start around $5,000, which is competitive with other shotguns in its class. We’ll have to wait and see what the Marc Newson-edition Parallelo will run, although if history is any indication, it probably won’t be much more.

For all his achievements, Newson works to make his designs accessible. In the world of quality side-by-side shotguns, $5,000 is very reasonable.