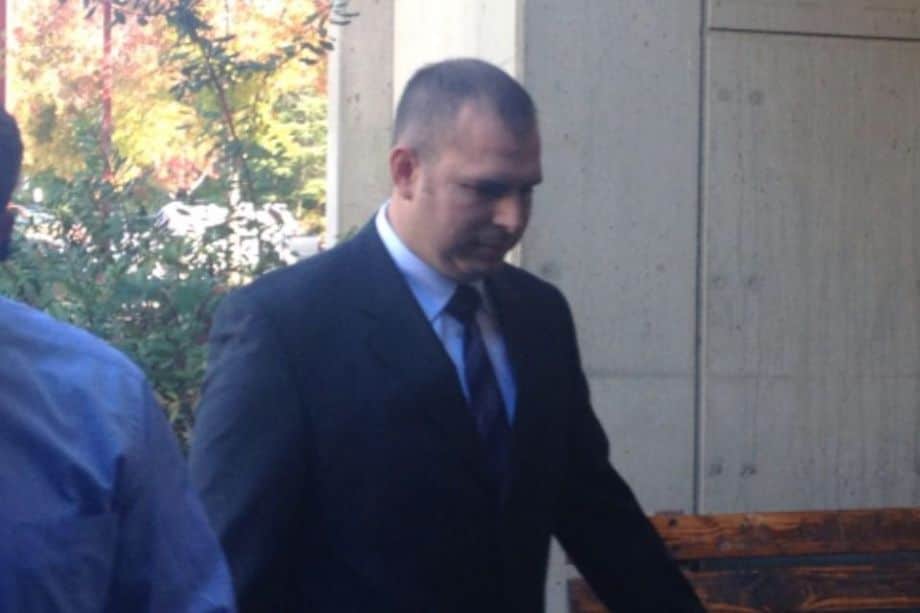 Sean Harrington, 35, resigned from the CHP last week after allegations arose claiming he texted himself photos from the 23-year-old female DUI suspect’s phone in August. He surrendered himself tot he charges at the Martinez County jail Monday and was later released on $10,000 bail, CBS San Francisco reported.

When questioned about the incident, Harrington claimed it was just a game between officers, though there isn’t any evidence this is a widespread practice, according to investigators.

“I’m very disappointed and disgusted with the allegations of misconduct and I want to thank the young lady for having the courage to bring this to our attention,” Chief Avery Browne said at a press conference. “As an organization we expect the highest levels of integrity and moral strength from everyone in the California Highway Patrol and there is no place in our organization for such behavior.”

Harrington, whose arraignment was set for Nov. 14, faces up to thee years and eight months if convicted. The former officer’s attorney, Michael Rains, told reporters that Harrington admitted to investigators that he had stolen cellphone photos from multiple female suspects and forwarded some of them to himself and two other Dublin area officers.

It was thanks to Apple’s iCloud service that Harrington’s latest victim was able to detect the sent messages, CNET reported. Messages sent from her iPhone were synced to her iPad and alerted her to several of her nude photos being sent to a number she didn’t recognize.