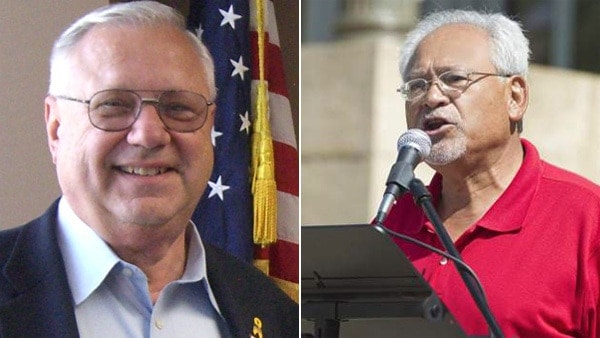 The two seats in Colorado’s senate won through a historic recall election over gun control in 2013 have once again returned to candidates from the Democratic Party this week.

Last spring, state Senate President John Morse (D-Colorado Springs) and Sen. Angela Giron (D-Pueblo), both strongly backed bills to ban magazines that hold more than 15 rounds of ammunition and to require background checks for private transfers, including those made over the Internet and at gun shows. Their passion for gun control cost the two their jobs by the fall of 2013 at the hands of a recall election, the first in the Centennial State’s history.

The pendulum has swung back this year and the two seats, occupied by Republicans George Rivera and Bernie Herpin, have once again gone blue.

“Those were Democratic seats to begin with,” Political analyst Bob Loevy told KRDO. “The unusual situation surrounding of the recall shifted them Republican. Once we had the regular electorate voting in a regular election, the seats swiftly went back Democratic.”

According to returns, the new senators, Democrats Michael Merrifield and Leroy M. Garcia beat the freshman GOP lawmakers by a 10-point margin. In the case of Garcia at least, the challenger enjoyed a 3:1 margin in campaign contributions to win the seat.

“It’s a Democratic town,” Pueblo County Commissioner Terry Hart told the Pueblo Chieftain. “We had good candidates, well-heeled candidates. The question was, was the recall a long-term indicator or not? To me, it’s a short-term effect and we’re back to normal politics.”

However, Beauprez’s campaign will continue to monitor the final vote count as just over 40,000 votes separate the two while some 120,000 votes remain to be counted with 97 percent of precincts reporting.