Everytown: 'Washington was just the beginning'; warms ballot measures up in other states 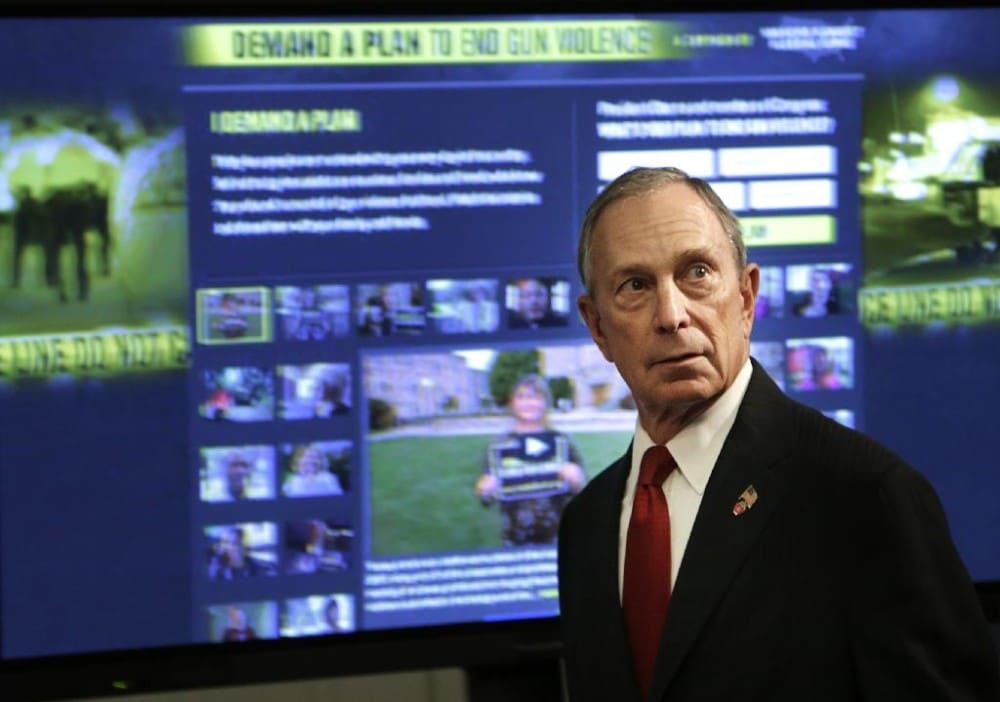 Following victory in an expanded background check ballot referendum in Washington state, gun control groups advise they are planning to take their now-winning model on the road in coming days.

In a news conference Thursday, representatives from the state group who backed the initiative as well as Moms Demand Action and former New York Mayor Michael Bloomberg’s Everytown for Gun Safety disclosed that they intend to recycle the I-594 campaign for use in other states almost immediately.

“Last night’s success in Washington was just the beginning,” said John Feinblatt, president of Everytown. “It will serve as a model for other states. In fact, signatures for the background check ballot measure in Nevada will be submitted next week. We are prepared to support the same kind of efforts in Arizona and in Maine.”

Everytown has been working quietly this summer to obtain enough signatures to place a similar ballot question in front of Nevada voters in 2016. The statewide petition asks to codify that any person without a federal firearms license, not selling or transferring a gun to another unlicensed dealer, obtain a background check through a Federal Firearms License holder.

Violations of the act would be counted as a gross misdemeanor, which in Nevada carries a penalty of up to one-year imprisonment, or a fine of up to $2,000, or both, following a jury trial.

So far, the organization has already shrugged off at least one legal attempt by gun rights groups to block the petition process.

The Nevada effort is fronted by a local organization, Nevadans for Background Checks, with the broad support of Everytown. This is a similar coupling to how the effort to pass 594 in the Evergreen State evolved, where the larger national gun control group backed the Washington Alliance for Gun Responsibility in conjunction with a number of tech billionaires and venture capitalists.

WAGR conceded that it could not have passed 594 without the help of Everytown and Moms Demand Action in Wednesday’s conference.

“They were extraordinary allies through this whole process, both as strategic partners, with their expertise about how to take on the gun lobby and win these things, and with their on the ground support” said Zack Silk, WAGR’s 594 campaign manager.

After running a successful campaign that garnered some 60 percent of the votes cast, supporters believe that they can make equal gains elsewhere.

“For us, we believe this is a model that can go to any state in the country,” Silk said.

Among those on the ground in Washington who opposed the 594 measure was Alan Gottlieb, chair of the Citizens Committee for the Right to Keep and Bear Arms and founder of the Second Amendment Foundation, along with a consortium of local and national gun rights groups.

In addition to pushing for a “no on 594” vote, they organized a counter-initiative, 591, that would have maintained the status quo unless federal law changed. That measure would have put the question of 594’s very legality into the courts should both have passed.

According to figures Thursday from the Washington Secretary of State, 591 very nearly derailed 594 as it came within 4.8 percentage points of passing. That is of little solace to Gottlieb now who contends he saw the larger push from Everytown in the cards.

“I knew that they had planned to do this,” Gottlieb told Guns.com Wednesday. “That is why I have been so pro-active in trying to make sure that we drive the train and write the background checks in a way that protects our rights. No registration, and provisions that expand our rights in other areas that the other side would be forced to accept. Maybe now some gun rights activists that have been criticizing my approach will take their head out of the sand before it is too late for these other states.”

Also in the fight against 594 was the National Rifle Association, who contends that it came down to money, and Bloomberg had more.

“Bloomberg and his billionaire cronies in Washington State outspent the NRA by more than 10-to-1 in the fight over anti-gun ballot Initiative 594,” NRA Spokesperson Catherine Mortensen told Guns.com. “With very few wins in yesterday’s elections, it’s no surprise that Bloomberg and his various front groups are touting their win in Washington and their plan to cut-and-paste this disastrous initiative all over the country. The NRA will fight Bloomberg everywhere he goes. This initiative is just more bureaucratic pile on and won’t make anyone, anywhere any safer.”

The NRA had argued through its campaign against the Washington measure was an end-run at gun registration by another name.

When asked about this, Silk told Guns.com, “We don’t have a registration system in Washington State, as most places don’t in the country. There is some record keeping that’s done and with 594 we were very careful to expand the current system. Today, if you buy a gun, you go to Cabelas, or some other dealer, licensed dealer, and you fill out proper forms, and there is a record-keeping process that happens. So there is nothing that is equivalent of a registration. And 594 just expands that current system.”

The deadline for Everytown to submit the required petition signatures in Nevada is Nov. 11.