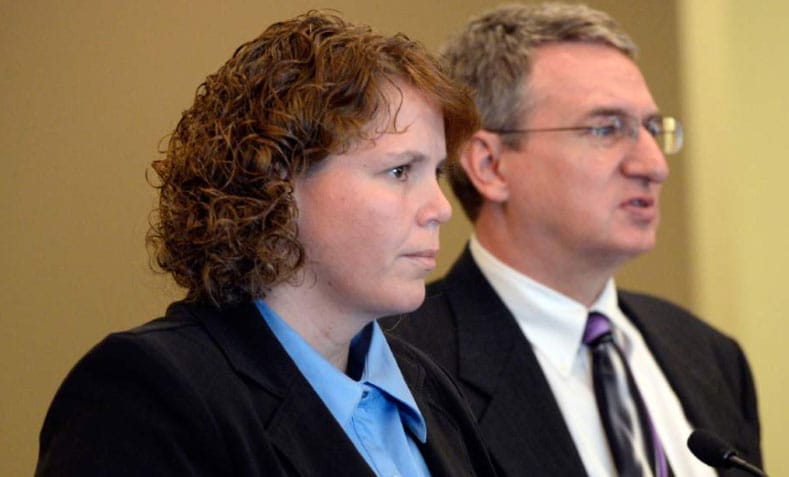 Although she was cleared by the school to come back to work, Michelle Ferguson-Montgomery submitted her resignation after the charges were filed. (Photo: The Salt Lake Tribune)

An elementary school teacher in Utah who was facing charges after accidentally discharging her gun in the school’s bathroom pleaded no contest in a Taylorsville court Wednesday.

Following the Sept. 11 incident, Michelle Ferguson-Montgomery was charged with the discharge of a firearm in a prohibited area within city limits, a class B misdemeanor punishable by up to six months in jail.

But as part of a plea bargain, Ferguson-Montgomery’s case will be dismissed after 12 months and she will not serve any jail time, provided she is not cited for any additional crimes, takes a firearms safety course and pays a court fee of $705, The Salt Lake Tribune reported.

According to officials from the Westbrook Elementary School, where the accidental discharge occurred, Ferguson-Montgomery has already paid the $200 to replace the toilet which was struck by the bullet during the incident.

The 39-year-old teacher originally said the 9mm handgun had fallen from her hip holster when it when off, but later said she had removed the gun from her holster and placed it on top of the toilet paper dispenser while in the bathroom stall.

According to an affidavit written by Granite School District police Det. Randy Porter, “The defendant stated that she did not remember pulling the trigger, but conceded that is what likely happened.”

Ferguson-Montgomery suffered minor injuries to her lower leg, most likely caused by the shards of broken porcelain. Nobody else was injured during the incident.

Utah state law allows teachers and other staff to carry guns on campus, as long as they have a permit to do so and the gun remains completely concealed. Educators are also not obligated by state law to inform the school if they choose to exercise this right.

But after the charges were filed, Ferguson-Montgomery, who has a valid concealed weapons permit, resigned as a sixth-grade teacher. Officials stated that she had been disciplined for violation of an unspecified district policy, but was allowed to return to her teaching position before she submitted her resignation. However, she chose not to.

City prosecutor Tracy Cowdell agreed with the sentiment that the nature of the accident was “kind of funny,” but also added that “It is also serious. There’s a lot of debate about guns and where they are appropriate. But they can’t be going off at school — we can all agree on that.”