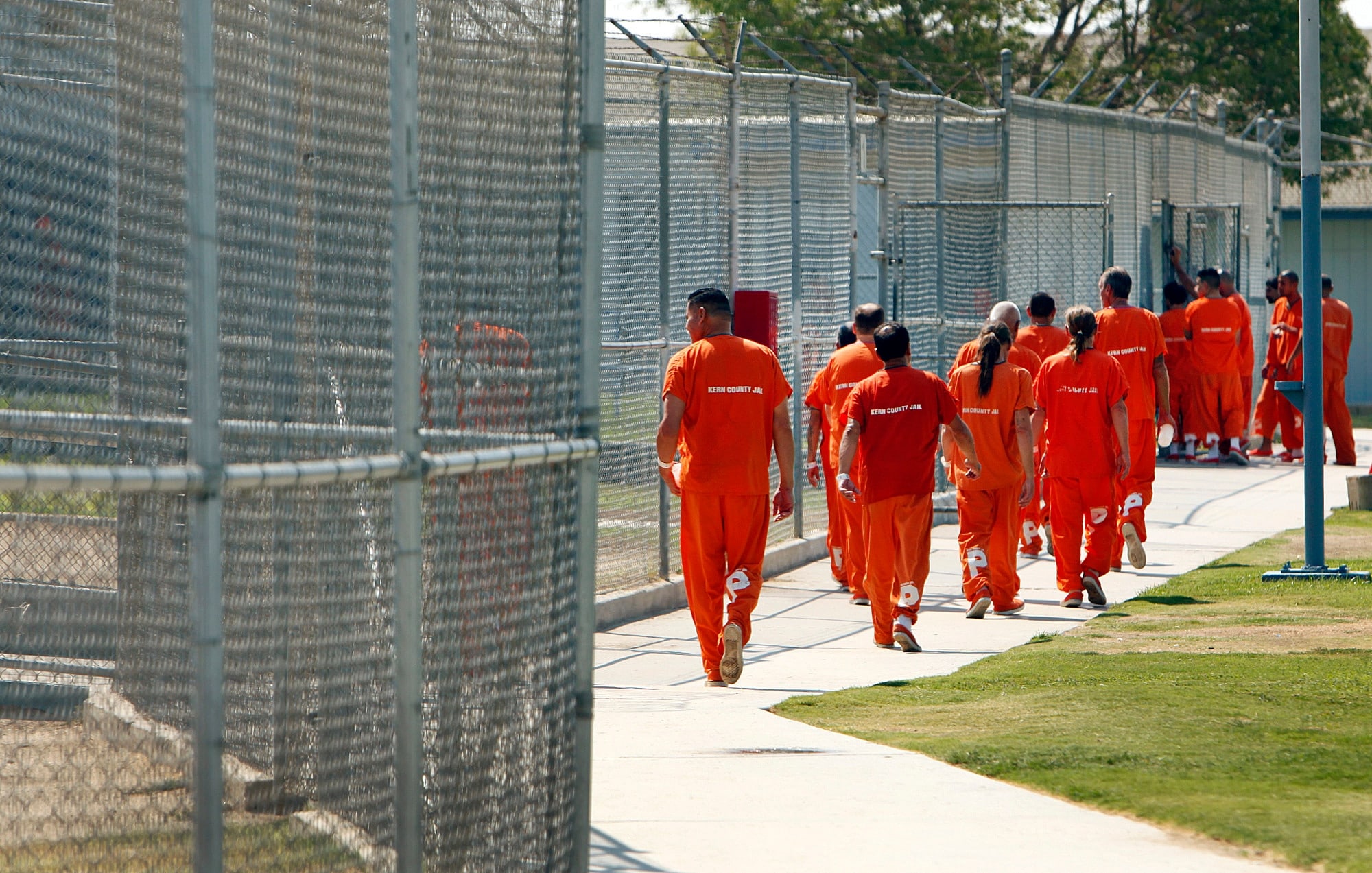 Walking the yard in Kern County, California, prison, some of these inmates may soon be free after Prop 47 was voted into law this week. (Photo: LA Times)

Despite opposition from law enforcement and victims groups, California voters approved a ballot initiative that will turn many felonies, including theft of most guns, into misdemeanors, while potentially freeing thousands of criminals.

Golden State voters approved the referendum, Proposition 47, in a 17-point margin Tuesday, and its effects are already being felt. Designed to reduce penalties for non-violent offenders such as drug possession and property crimes, it was intended to save taxpayer dollars spent in incarceration. However, now that it is approved, law enforcement and prosecutors across the state are issuing dire new directives about how crime and punishment has evolved in California.

“In most instances, many crimes that were previously ‘arrestable’ as a felony will now only be ‘citable’ as a misdemeanor. That means they may not be booked into jail but rather given a citation (similar to a traffic ticket) with a court date to appear, and released in the field,”the Sacramento County Sheriff’s Department said in a press release issued Wednesday.

As detailed in the release, the crimes transitioned from felonies to misdemeanors include theft of most firearms, commercial burglary, possession of stolen property or vehicle theft if under $950 in value, and possession of illegal drugs such as heroin and cocaine.

Further, the department advised that inmates awaiting trial will likely see their charges reduced and be set free with a citation. Inmates on convictions now reclassified to the new level can petition for release.

California prisons were projected to reach 137 percent capacity by 2016 before Prop 47 was voted into law. Now, as many as 40,000 offenders annually who were facing felony charges and years in prison could very well never see the inside of a correctional facility.

“They were felonies yesterday. They’re misdemeanors today,” Los Angeles County Public Defender Ron Brown told the LA Times of the impact of Prop 47. “This is the law now.”

With most gun thefts now incurring the wrath of a citation if caught, some in the state are worried that the number of illegal guns in circulation could mushroom as a result.

“It’s going to increase crime,” Mike Rushford, of the Criminal Justice Legal Foundation told KCRA. “There are going to be more guns on the street under this law, because it’s easier to steal the gun and the penalties are lower.”

This is backed up by law enforcement in Southern California. San Diego Police Chief Shelley Zimmerman said 115 handguns were stolen from homes in her city in the first half of this year.

“They’re not stealing them to add them to their collection,” she said. “There is nothing safe about this.”

There is one positive aspect in the new law for would-be gun owners.

Those who are currently prohibited from possessing a firearm due to past convictions for crimes that have now been reduced, can petition to have their rights restored as well as apply for positions in law enforcement, corrections, and security from which they were previously barred.