Homeowner given jail time for firing at suspected burglar 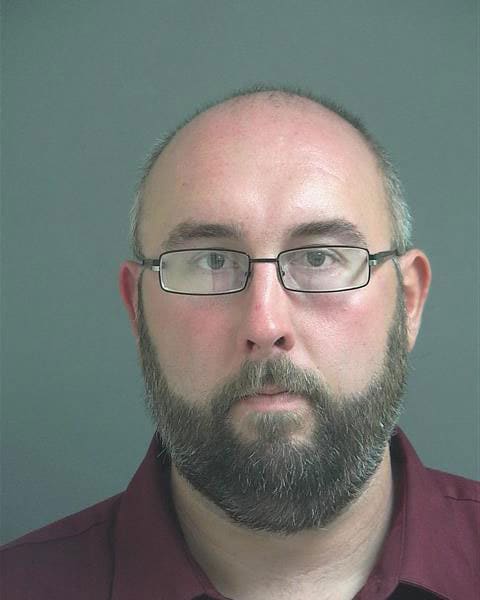 A 32-year-old Dunkirk, Indiana, man was sentenced in court Wednesday to 60 days in jail, four months of home detention and a year of probation for firing at a suspected robber earlier this year.

David McLaughlin, 32, was charged with criminal recklessness resulting in serious bodily injury for firing the shots at the suspected burglar, a Class D felony, which normally garnered an 8-month prison term.

A jury, who deliberated for only an hour, found him guilty of the charge in September, but according to a report by The Star Press, Judge Max Ludy Jr. reduced the charges from a felony to a misdemeanor this week, primarily bearing in mind the man’s children and job as a postal worker, from which he has been suspended pending the outcome of the investigation.

McLaughlin maintained that he did nothing wrong and only acted out of fear when he discovered 29-year-old David A. Bailey running out of his garage after an alarm was activated around 12:30 a.m. on April 21.

“I yelled for him to stop and freeze,” McLaughlin testified. “He did not. … It was so fast I really didn’t know what was going on.”

McLaughlin fired three shots at Bailey as he ran away. Bailey, who was shot in the arm, maintains his innocence and claimed he did not break into the man’s garage.

McLaughlin testified that he felt threatened and feared for his own life when he saw Bailey make a movement which indicated he had a gun, but Ludy called McLaughlin’s actions “reprehensible.”

“You don’t fire guns at people’s houses,” Ludy said. “You kept saying you really didn’t know what was going on. If that’s the truth, why in the world would you fire a gun? … It really doesn’t matter if it was (at) Mr. Bailey or the mayor of Dunkirk. You just can’t do that.”

McLaughlin said he “prayed to God” after the shots were fired that he had not hit the man. Defense attorney Jill Gonzalez said McLaughlin, who has a spotless record, “wasn’t out there looking for someone to shoot.” McLaughlin said his home had been targeted by thieves several times in the past, which prompted him to install the alarm system.

Nonetheless, Jay County Prosecutor Wesley Schemenaur argued that McLaughlin should be handed the felony conviction as well as at least a 180-day jail sentence because of “the choices he made that night.”

“Not only did he shoot another human being, he put an entire neighborhood in danger,” said Schemenaur, who also indicated he wanted the felony conviction to keep McLaughlin from owning guns in the future.

But McLaughlin said his gun-owning days are already over.

“I never want to hold a firearm again. I never will,” he said.