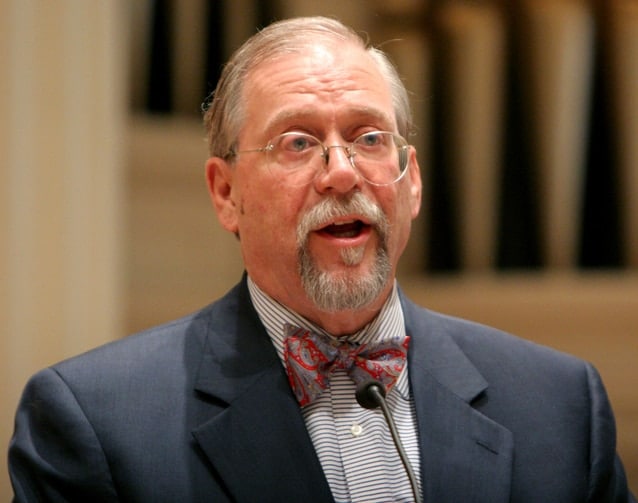 Lancaster, PA Mayor Rick Gray (D) has filed suit against the state to block a new law from going into effect that could put the city on a collision course with having to change its strict gun control ordinances. (Photo: Lancaster Online)

A collection of lawmakers, allied with a state gun control group, are challenging a bill — the “strongest firearms preemption statute in the country” — signed into law by Gov. Corbett (R) earlier this month.

It is that very allowance that has gun control groups and state Democrats banding together to fight its implementation.

“The best defense is a good offense and we’re going on the offense,” Lancaster Mayor Rick Gray (D) told local media, explaining why his city entered a lawsuit against the state to block the new law. Gray, who is chair of the Pennsylvania Chapter of Mayors Against Illegal Guns, is not enamored with the possibility that the city could have to defend its ordinances in a legal battle with national gun rights groups.

“Win or lose, it would result in a costly expenditure by the city,” Gray said.

Corbett, who lost his re-election bid for governor to a Democratic Party candidate with an F-rating from the NRA, originally signed the controversial bill into law on Oct. 28, just before the election. Designed to take effect 60-days after that date, cities concerned about having to roll back harsh local ordinances were given an extra ten days breathing room when it turned out that Corbett had not signed the correct version of the measure.

While the City of Lancaster, represented pro-bono by a volunteer attorney, and is currently the only entity entered in the suit to gain an injunction, this is subject to change.

CeasefirePA, a gun control organization who advocated against the legislation, noted on their social media page referencing the media coverage of a potential challenge to the new law that they had a, “Big announcement Monday at 11:30 at [Philadelphia] City Hall, Council Chambers.”

Also attending the event will be several Democratic state senators, Philadelphia City Council members and others.