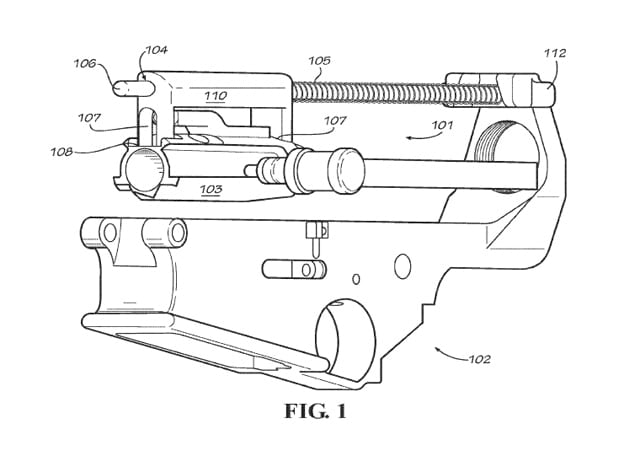 The complaint claims Extar allegedly copied features of DRD’s “Recoil System and Method for Upper Receiver” design, which primarily allows users to fire a rifle with a folding stock open or closed. DRD applies the design to many of its rifles designed with a quick takedown barrel feature.

In September, DRD said it issued a ceased and desist letter notifying Extar, an Arizona-based company, that features on its EXP-556 Lightweight Pistol violated the patent, but Extar did not respond.

The EXP-556 is exclusively distributed by the Las Vegas-based company New Frontier Armory, according to Extar’s website.

DRD is asking for an unspecified sum in damages, court costs and to cease use of the design.