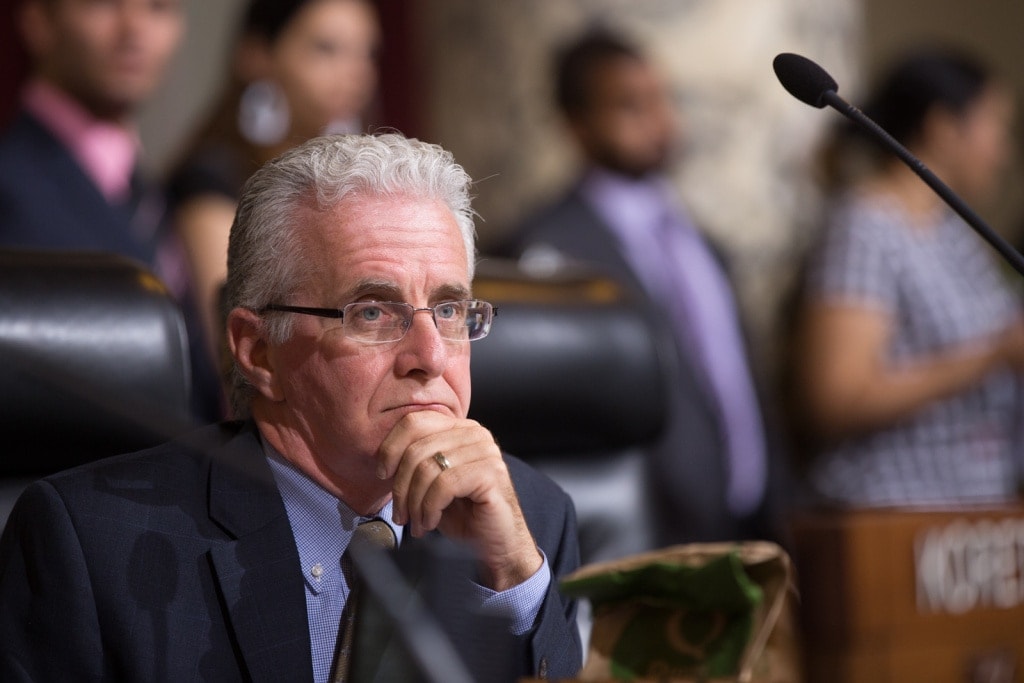 Legislators in California and Washington State are championing efforts to pass new laws mandating gun owners secure their firearms when not in use.

The proposed measures, one introduced by Los Angeles City Council members, the other by Washington State Rep. Ruth Kagi (D), both would make it a crime to leave a firearm where a child could find it.

“Requiring gun owners to lock up their firearms and store them safely will prevent needless accidents and tragedies. This sensible step will keep our schools and children safe,” LA Councilman Paul Krekorian (D) told local media. Krekorian authored the bill, which already has the backing of a half-dozen other members.

The proposed Los Angeles ordinance, which goes further than current state gun safety requirements, is similar to one adopted in San Francisco according to Krekorian in a post to his social media account. It comes on the heels of a controversial statewide ballot referendum passed earlier this month that reduced penalties for most cases of gun theft from a felony to a non-arrestable misdemeanor.

The 2007 San Francisco law mentioned by Krekorian has been involved in litigation in federal court for the past five years over challenges to its enforceability under the Second Amendment.

The Washington measure, according to Kagi, would be a submission that mirrors an earlier gun control of hers defeated in the last session of the state House.

That legislation, HB 1676, never made it past the House Committee on Judiciary. Under its framework, it would lead to a charge of reckless endangerment for leaving or storing a loaded firearm in a location where a child 16 or under may gain access. Washington law provides for up to one-year imprisonment, a fine of up to $5,000, or both, as punishment for such a charge.

The lawmaker cites a recent incident in the state in which a 15-year-old high school student brought a firearm to school and killed four classmates, as cause to revisit the failed bill.

“It’s very apparent in the last month with the Marysville shooting, when adolescents gain access to guns they also can do great harm to other people,” Kagi said.

This summer, Everytown for Gun Safety, along with Moms Demand Action conducted a study citing legislation that requires securing arms and ammunition separately as a key factor to reducing future accidents.

In response to that study, Dr. John Lott, president of the Crime Prevention Research Center, said passing such laws, “scare law-abiding homeowners into either not owning guns or into locking up their guns so that most guns are not going to be readily accessible for people to use defensibly.”