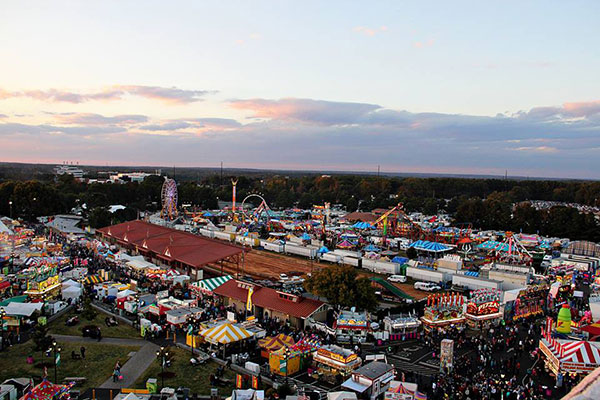 In addition to the fairgrounds (pictured above), concealed carry is still prohibited in many NC government buildings, including the State Capitol Building, the Executive Mansion, the Western Residence of the Governor and any courthouse.

Recently two people were robbed at gunpoint while walking to their car after attending the North Carolina State Fair.  Thankfully no one was injured, but the controversy has been brewing ever since North Carolina Agriculture Commissioner Steve Troxler and Superior Court Judge Donald Stephens banned guns at the annual event.

Well, I think that, just maybe, if we all looked at the facts behind crimes and criminal behavior a little differently, we (especially lawmakers) might make different decisions regarding public safety.

All over the world people are robbed at gunpoint.  Most of the time victims lose their wallets and other valuables.  We could argue that most of the time, no one is injured.  There is injury, however.  There is—and can be—significant emotional injury.

The feeling of helplessness isn’t something to be shrugged off.  I even said it myself in the opening paragraph (“Thankfully no one was injured…”).  In reality, that’s a very misleading phrase.  There was an injury whether we can see it or not. 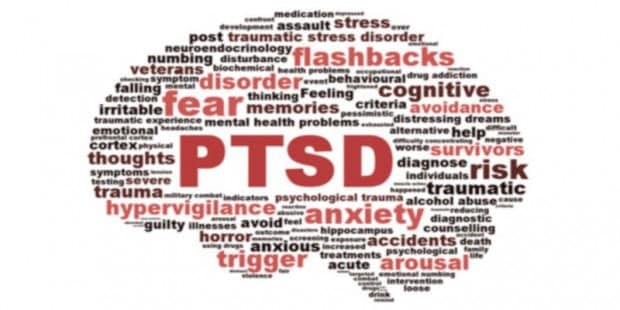 While many who experience a life threatening event will not experience post traumatic stress disorder (PTSD), current advances in neuroscience have shown that this disorder can occur in anyone who has been exposed to extreme psychological trauma.

Anyone who’s ever been attacked, robbed or otherwise assaulted has had feelings of vulnerability.  Those who’ve had to stare down the barrel of a gun will remember such events for the rest of their lives.  Fear takes over the mind and the body and can cause lasting troubles.

Victims have nightmares.  They lose sleep.  They may have difficulty returning to the scene of the crime.  They may have troubles in their relationships.  They may feel vulnerable and frightened in ways they’ve never experienced before—and those feelings can last for weeks, months or even years on end.

Their job performance could suffer.  They could become hypervigilant to the point where it wears on their minds so profoundly that it can also negatively affect their bodies.  From constant headaches to hypertension and from anxiety to depression, stress can make life miserable and there are few things more stressful on one’s mind and emotional well-being than the threat of violence. 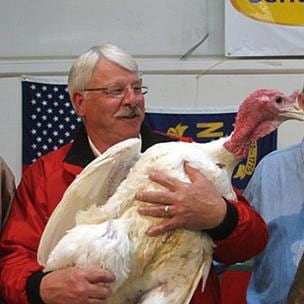 Too many of us fail to understand real human violence.  We may know our own ability or inability to be violent, but most of us have difficulty comprehending the violence that others are capable of.  We hear about violence on the news, we hear there are troubles, but we may rarely experience them ourselves.  We believe bad things will happen to others, not to us.

When we are good and civil, we fail to comprehend how someone can be completely opposite of us.  In short, we believe others have our same moral mindset.  To me, this seems to be the main reason policy and lawmakers create laws that keep honest people from protecting themselves.  They don’t believe bad things will happen, or if bad things will happen that no one will be “injured”.  Or even worse, they rationalize that if bad things do happen, only a few people will get hurt.

In other words, lawmakers erroneously believe that the majority will be safe if they enact laws to keep guns from the law-abiding.  They foolishly believe criminals will also obey the law, just like they believe others share their same moral codes.

Unfortunately, this is projection, not reality.  During my years in law enforcement I have seen cases where people have gotten robbed, and even though the victim complied, they still ended up losing their life.

Trusting Those Who Carry Concealed

First, these people may be totally clueless about firearms and fear their own weapons handling knowledge and ability (thus, this may just be another projection of their own mentality).  Or, they may know a few people who own guns but that rub them the wrong way–say, people who should be carrying their firearms concealed, but are casual about it.  For instance, I recently saw a guy who had the barrel of his pistol showing below his T-shirt whenever he raised his arms.  In other words, because of a few memorable clowns, they don’t trust the public to carry weapons safely.

Secondly, lawmakers, by the graces of their “elected” position, often have an I-know-best attitude and this brashness can lead to some terrible decisions.  If these folks really did know guns and self-defense, and really understood human dangerousness and violence, then they would allow everyone to carry most anywhere; but when they don’t know guns or self-defense, but think they do, their overconfidence or cockiness often leads them to enact damning laws.

So What’s the Answer?

Policymakers cannot continue to assume that arming the law-abiding public is a greater risk than de-arming them.  An unarmed public runs a higher risk of being attacked by armed, law-breaking criminals.  Period.

Furthermore, no one should ever believe that someone being robbed, but not being physically injured is okay.  Being victimized is injurious.  Period. 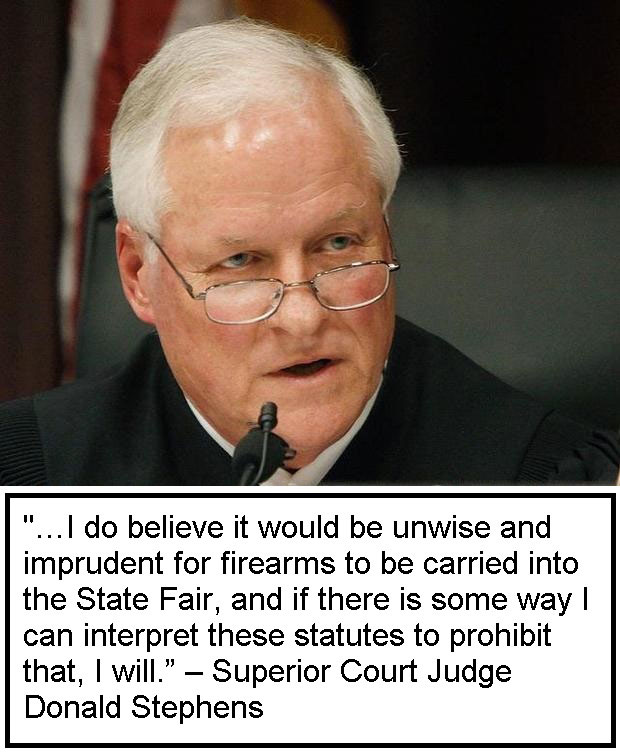 Lawmakers should not justify numbers by saying that collateral injury is allowable (save that for in war).  While I understand risk-reward and cost-benefit analysis, it doesn’t always make sense when it comes to the personal safety of America’s civilian population.  People have an inherent right to protect themselves.  They cannot rely on cops or the government to keep them safe.

Those who are afraid of guns or who think they know more than others about guns or how a person ought to protect themselves, well, they need some education.  If they are the lawmakers, they really need education.

In short, lawmakers ought to know that whether citizens are at the North Carolina State Fair or in a crowded shopping mall, it’s better to have more law-abiding citizens legally carrying firearms than even one criminal ignore the law and end up hurting a lot of honorable, decent and civilized people.