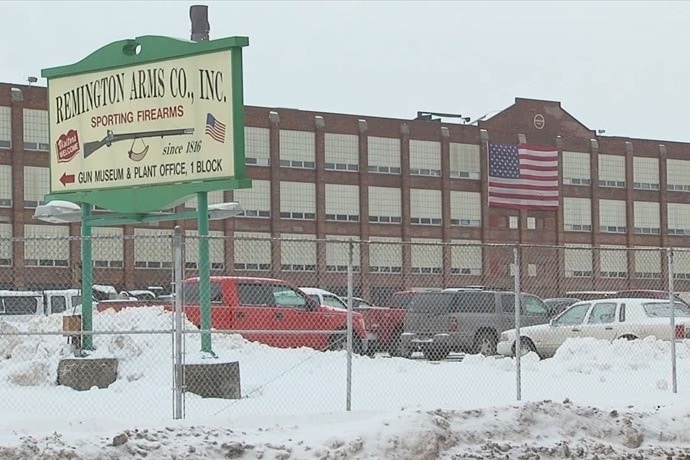 The downsizing of some 126 workers comes just a little over two months after a further 105 employees were cut this summer. According to Herkimer County Legislature Chairman Vincent Bono, those laid off will be meeting with Workforce Solutions Wednesday morning to apply for unemployment going into the holiday season.

The news brought harsh words, not for the gun maker, but directed at recently re-elected Gov. Andrew Cuomo (D).

The Governor, who championed the strict new gun control legislation contained in last year’s New York SAFE Act, was forced to repeatedly defend the measure in his bid to remain in Albany this fall.

However, the lawmaker soon conceded that other factors likely played a role in the recent job losses, including the establishment of a new 2,000-employee factory complex in gun-friendly Alabama.

In May, Remington moved some 80 workers there from Ilion to help jump-start the facility which is being funded in part with some $66 million in incentives the southern state.

“It’s not surprising to me. I know Remington has moved some jobs, trimmed some jobs. Last spring, they moved lines to Alabama. So we’ve just been waiting for the shoe to drop, about where they’re going next. It’s difficult for Remington Arms in Central New York,” Tenney told ABC 9. “I just hope we can find alternative jobs for these people.”

Regardless of climate for gun makers in Cuomo’s New York, Remington faces other clouds on the horizon.

The company recently agreed to settle in a lawsuit over its controversial Walker Fire Control trigger, typically found on its iconic Model 700 rifle. While the settlement is expected to be a substantial monetary sum, sources say a recall is unlikely.

In addition to this, there has been a general plateau in the new gun market as demand, fueled by the possibility of a new era in federal and state gun control regulations following the 2012 Sandy Hook mass killing, has begun to correct itself to pre-Newtown levels.

Teddy Novin, Remington Outdoor Co.’s director of public affairs cited as much in August when the company trimmed 105 jobs due to what he termed, “a softening market.”

Some in the factory saw the writing on the wall.

“Everyone kind of expected this was gonna happen,” said Bob Tinker, an inventory control specialist who has worked at Remington Arms for eight years told local media. “The market is soft and the warehouses are full. They try to, but nobody is really prepared for it.”