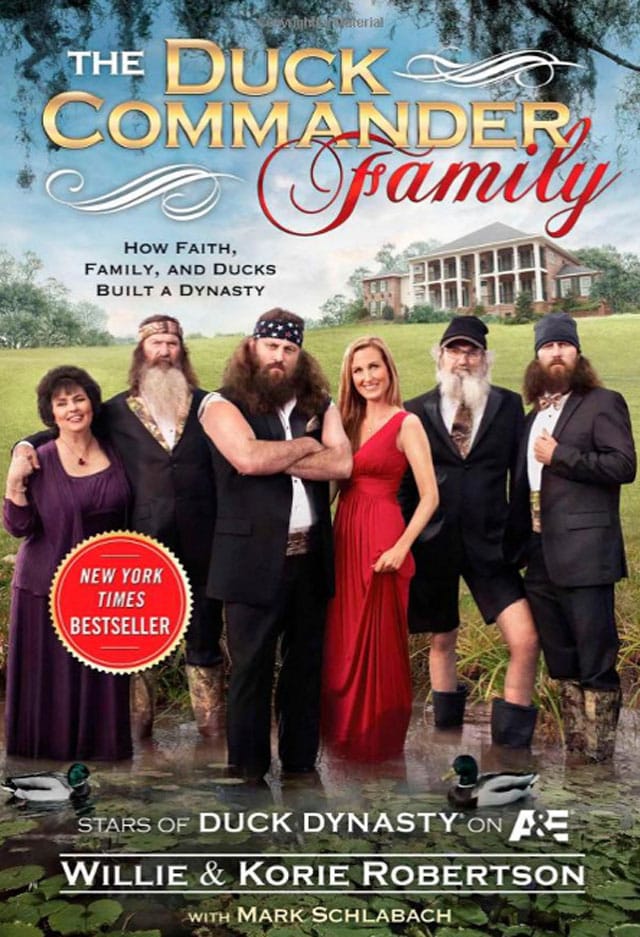 Just in case you haven’t gotten enough of the Robertson family’s Duck Dynasty, a Duck-themed musical is making it’s way to none other than Sin City itself. That’s right, Willie Robertson’s 2012 book, “The Duck Commander Family” is in the process of being made into a musical.

Actors will portray the characters in the Robertson family as they relive, via stage, the remarkable rags to riches story put together by several Broadway producers. But the family will, of course, keep the rights to approve both script and casting.

“The show will end up challenging the views and assumptions of people across the political spectrum, more than most theater does,” said Michael David, the Broadway producer developing the show. “The Robertsons are so unusual, their story so juicy, and theater shouldn’t be limited to telling stories about people you resemble or revere.”

The musical is set to open in February at the Rio hotel and casino in fabulous Las Vegas, Nevada.