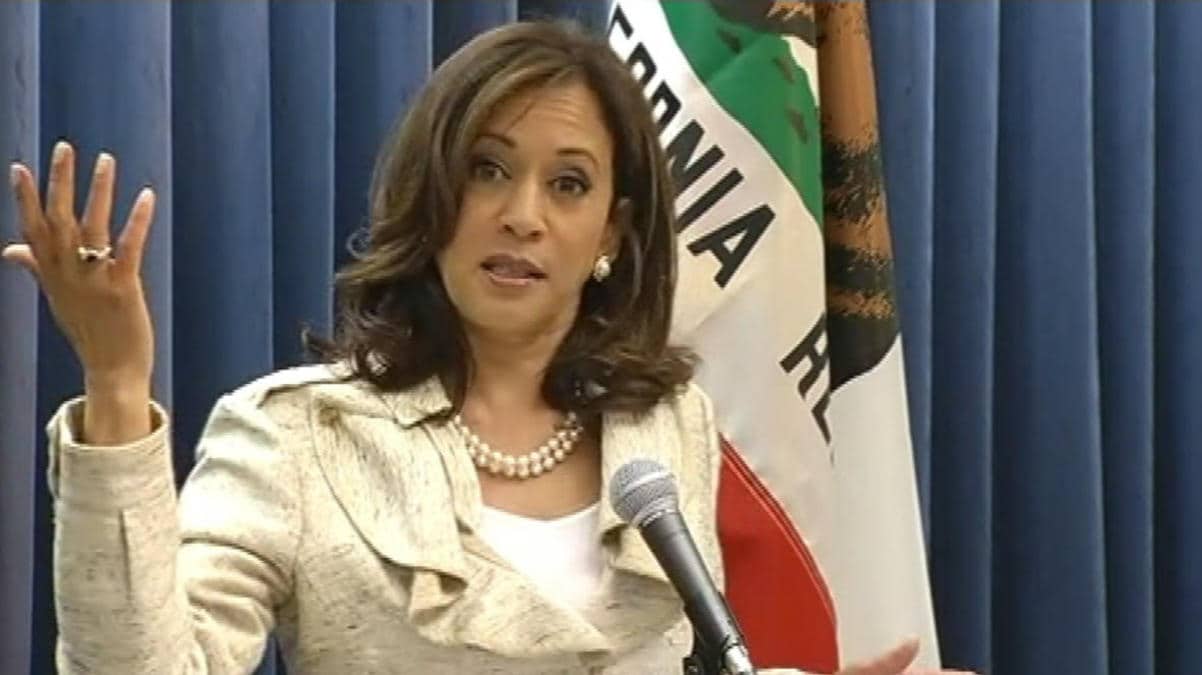 California Attorney General Kamala Harris and others have been denied entry into the Peruta lawsuit, which stands to roll back the state’s may-issue concealed carry permitting scheme. (Photo: NBC Bay Area)

A three-judge panel found Wednesday that California Attorney General Kamala Harris couldn’t intervene in the case of Peruta v San Diego, which could lead to the eventual repeal of the state’s may-issue concealed carry laws.

The case, decided in February by a divided panel of judges from the U.S. Ninth Circuit Court of Appeals, essentially found the San Diego County Sheriff’s restrictive gun permitting scheme unconstitutional. That Sheriff, Bill Gore, in May bowed out of further appeal in the case. However an en banc review of the Peruta decision was sought by Harris, the Brady Campaign gun control group, the California Peace Officers Association and the California Police Chiefs Association.

Wednesday, the court handed down an order that advised the attorney general and the groups, who had ample time to join in opposition to the original suit prior to the ruling but did not, are now too late for the party.

“Considering each of the relevant factors, we conclude that the movants have not met the heavy burden of demonstrating ‘imperative reasons’ in favor of intervention on appeal,” wrote Judges Diarmuid F. O’Scannlain and Consuelo M. Callahan for the 2-1 panel majority.

O’Scannlain, a Regan-era appointment to the court, and Callahan, a Bush-appointee, were the same two who found for Peruta in February. Judge Sidney R. Thomas, a Clinton-appointee, as in February, dissented.

This is seen as a strike at the practice of may-issue in California, which is where a citizen has to prove why he or she needs a permit and if they do so effectively, the local authorities may issue one. This is different from shall-issue states where most lawful citizens can simply apply for and be granted a permit after a background check and fees.

The fight is not over, however, warns Chuck Michel, whose firm handled the case.

“The Peruta decision recognized the individual right to a license to carry a firearm to defend yourself in public,” Michel told Guns.com Wednesday. “The attorney general can now decide whether the Peruta case ends here.”

Harris could either let the ruling stand or challenge this latest denial to both the Ninth Circuit and the Supreme Court simultaneously. The former, due to its size, handles the en banc process differently than other appeals courts in the country and as such, rarely grants such hearings.

Should the courts decline to hear those appeals, Peruta would stand, in effect rolling back San Diego County’s handgun permitting process from may-issue to shall-issue, meaning those who qualify for a permit would be granted one.

Its all about leveling the playing field, says the man behind the lawsuit.

“I can drive through every state in U.S. with my guns except for California and now that might change,” Ed Peruta, told Fox 5 . “I brought this suit, because the San Diego Sheriff’s play favorites with who should be allowed to carry a concealed weapon. … I walk in for a permit and they said no.”

However, it’s not just San Diego County that is at stake with Peruta. By extension, if Sheriff Gore’s policies are stricken, those of other jurisdictions would likewise be forced to change.

The same panel found that a lawsuit against the Yolo County Sheriff in March was a carbon copy of Peruta and decided that case as such in a non-binding memo. The court only weeks later handed down the same decision in a case in Hawaii over the Honolulu Police Department‘s practice of essential “no-issue” of handgun permits.

It was these cases which led U.S. territories Guam and the Marianas Islands, who fall under the Ninth Circuit’s jurisdiction, to voluntarily seek to roll back their strict concealed carry bans.

Even the court’s striking of Washington D.C.’s practice of not issuing permits to otherwise law abiding gun owners was helped by the ruling in Peruta. U.S. District Judge Frederick Scullin, who heard the arguments in that case in 2012, only issued his ruling this July and in it cited the California case over a dozen times in his 19-page opinion.

Michel is concerned that en banc review requests in these follow-on cases, if granted by the courts, could likewise imperil the Peruta ruling. As such, he sees the case as prime fodder for a final showdown in the nation’s highest court.

“We would welcome Supreme Court review in the Peruta case to resolve this important issue,” Michel told Guns.com.

Harris’s office would only comment Wednesday that they are reviewing the ruling. As for the Brady group, they were a little more outspoken.

“We think San Diego and any other city has the right to reasonably restrict the carrying of loaded, hidden handguns in public, and we are confident that position will ultimately prevail,” said Jonathan Lowy, director of the Legal Action Project for the Brady Center. Lowry advised they too are reviewing their options.