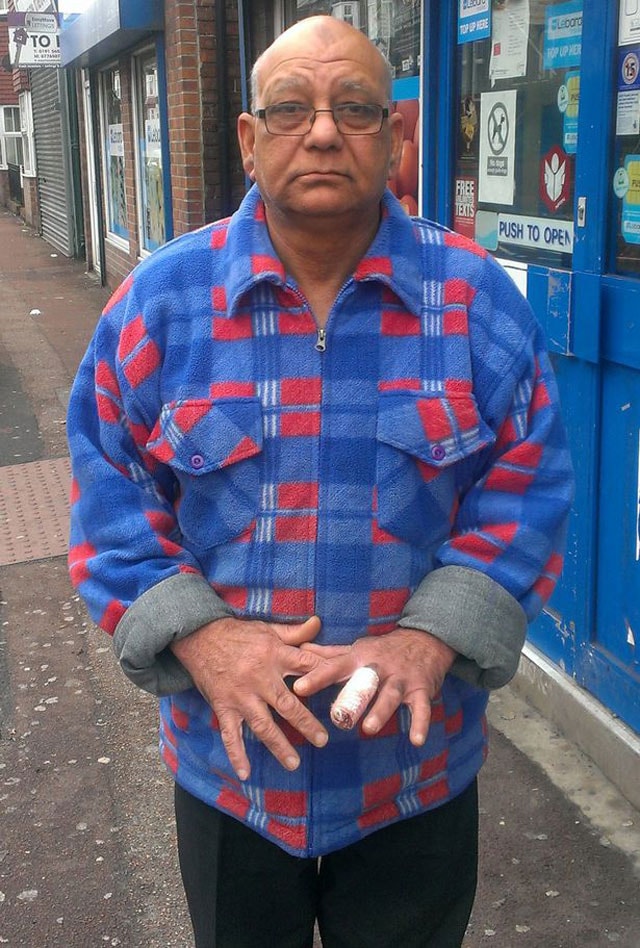 They say don’t bring a knife to a gun fight, but what about bringing a pipe to a machete match? A metal pipe was all “Max” Muhammed Maqsood had when a would-be robber with a three-foot machete burst into his shop and demanded money, but seemed to work out just fine.

It was about 6 a.m. Saturday when the man threatened the 63-year-old shop owner in Eden Vale, Sunderland.

“He was telling me, ‘Give me the money, give me the money,’ and he showed me the big knife,” Max said. “I went to the counter and said to him, ‘Cool down,’ and he followed me. I said, ‘Look, that’s where we put the money.’”

But instead of pulling out some cash, Max whipped out a pole and the two spent the next minute engaged in what appears to be a straight up sword fight.

“He got me three times,” Max said. “But I used the pole twice and got him once on the shoulder and he ran away.”

Max lost part of his middle finger during the ordeal, but was otherwise okay. And the robber left the store empty handed.