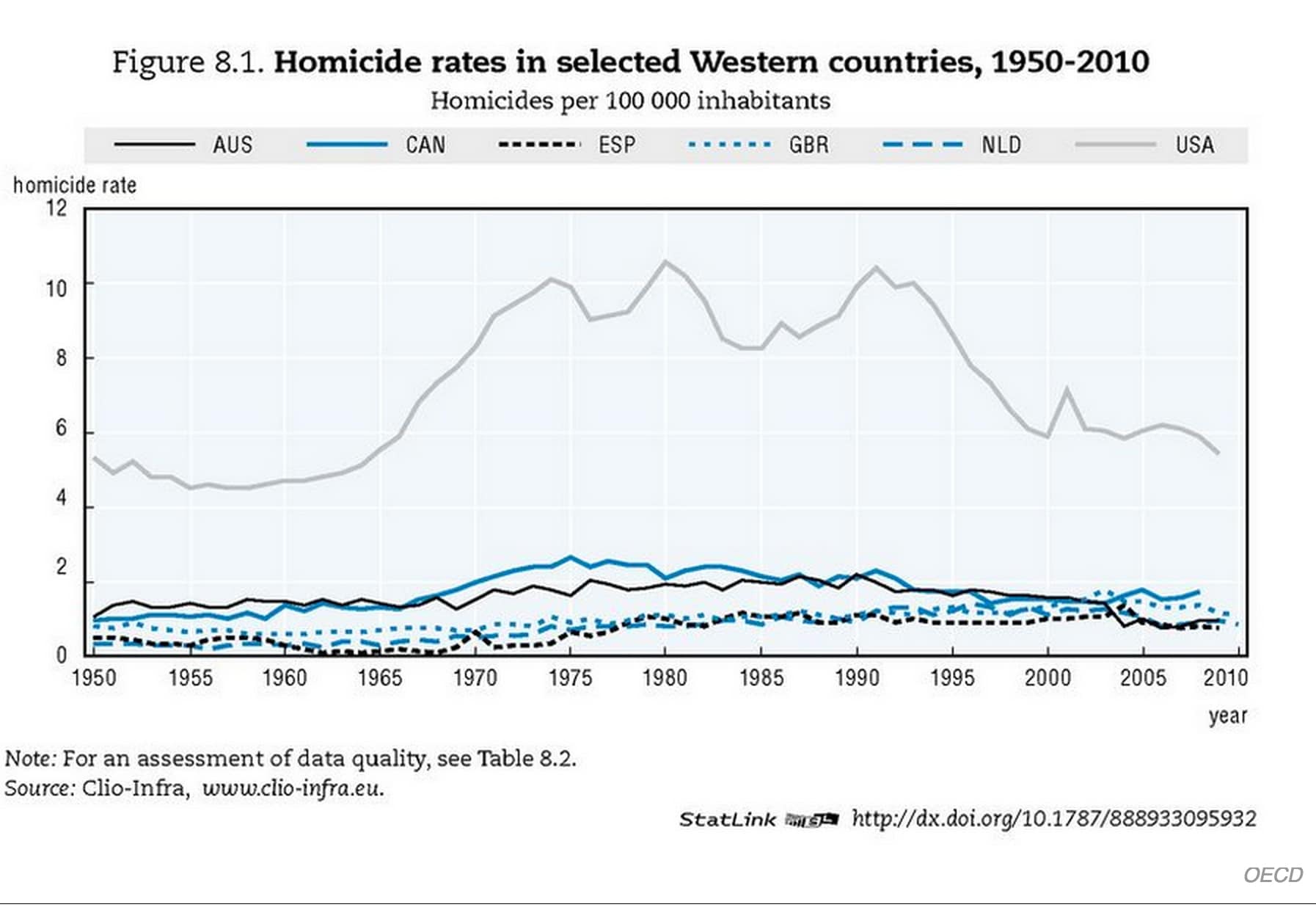 A recent study of global economic development says the United States is the leader in homicides committed in the Western world and has steadily held the title since 1950, Business Insider wrote.

Though the homicide rate in the U.S. is the lowest it’s been since the late-1950s, it’s still as much as five times higher than in some other Western countries, according to the October study conducted by the Organisation for Economic Co-operation and Development — an international agency composed of some 34 partner nations, including the U.S., which promotes policies it feels improves the social and economic well-being of people globally.

The study, “How was Life?”, looks at quality of life going back to the 1820s. Personal safety was one area of study, which is why homicide rates were a leading factor examined by the researchers.

Other nations in the study included Australia, Canada, the UK, Netherlands and Spain.

More than half of those homicides that year were committed with firearms, according to a separate study conducted by the Pew Research Center.

Pew’s study shows a significant decrease in the number of homicides committed in the country, down from seven around 1993.

The National Rifle Association has attributed the decrease in violent crime to an increase in gun ownership across the country, citing crime statistics from the Federal Bureau of Investigation.