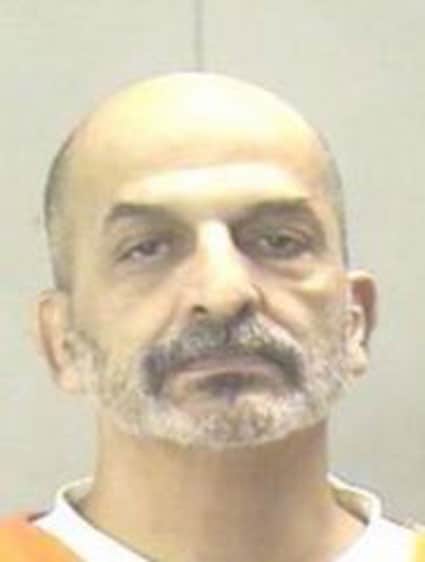 A mugshot of Saeid Ardestani from a 2011 arrest. (Photo: Dallas County Jail)

Dallas police are searching for a man and woman who dumped an injured man from their car at a gas station following an attempted robbery that went awry.

Police received a 911 call from the man and woman on Nov. 5 after they brought the injured man to the gas station. Minutes later, a second call was placed by a man who had just been robbed at his home, only a few blocks away. It didn’t take long for authorities to put the two together and realize that the robbery victim had shot the man before he was dumped at the gas station, The Dallas Morning News reported.

Thomas Lopez, 74, said there was a knock at his door just after 6 p.m. When he opened the door, two men stood outside asking if Lopez had change for a $20 bill. Lopez, who is a diabetic and partial amputee who can barely walk, said no as he closed the door.

But the two men forced their way inside the apartment and demanded money. One of the suspects held his hand in his pocket, as if he had a gun, threatened to shoot Lopez and told him to go into the bathroom.

However, what the suspects didn’t know was that Lopez had bought a 9mm after being burglarized twice in March, and Lopez had his handgun tucked inside his waistband.

Lopez moved towards the bathroom, as if complying with the demands of the suspects.

“I only did that because I wanted to have a chance to get the gun out,” Lopez told WFAA.

One of the suspects grabbed $20 off of a table and Lopez grabbed his gun and fired twice.

Lopez said one man ducked and ran towards the door, while the other man stood at the door for a second before running off too.

“I thought I had hit him, but I wasn’t sure,” Lopez said. “I sat here trying to think, ‘What am I going to do? I guess I got to call the cops because I fired some shots.'”

Then Lopez said he looked at the floor and saw a screwdriver, which he believed is what the suspect had in his pocket pretending it was a gun. And upon looking closer, Lopez noticed tiny drops of blood.

Moments later, at a nearby Valero station, a car pulled up and dropped off a man who had been shot in the stomach.

“A car pulled up and they just — they dropped him,” a man who works at the convenience store told a local CBS affiliate.

The injured man, who was later identified as 56-year-old Saeid Ardestani, was transported to a local hospital where he was pronounced dead.

Lopez later picked Ardestani out of a lineup as one of the suspects who entered his apartment. Police found the $20 taken from Lopez in the parking lot of his apartment complex.

No charges have been filed against Lopez, who doesn’t regret his actions and told reporters he would be purchasing another gun.

“If you’ve got a burglar in your house, shoot ’em, because they’ll keep coming back,” Lopez said. “Once you shoot one and everybody knows about it, they ain’t gonna come back.”