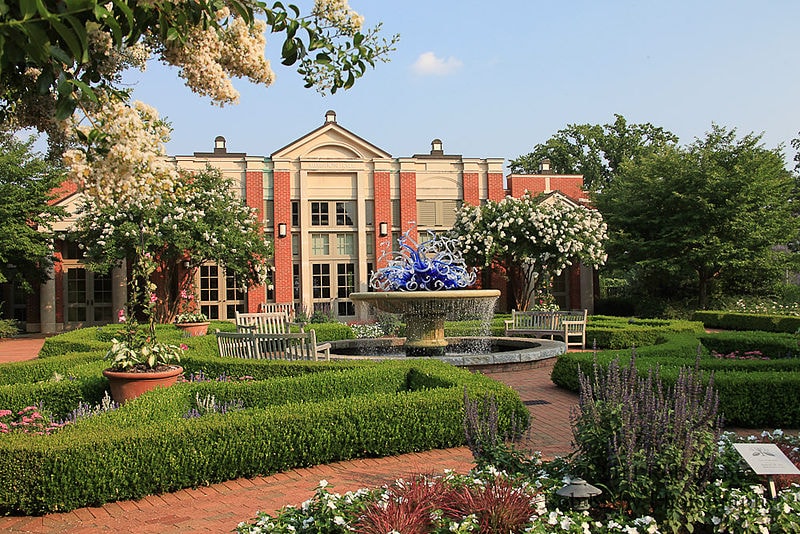 The Atlanta Botanical Gardens is the latest gun-free zone to in Georgia to come under the scrutiny of gun rights groups. (Photo: Wikipedia)

A Georgia group is bringing the Atlanta Botanical Gardens into court due to the institution’s ban on lawful carry on public property under its control.

The institution has a de facto no-guns policy, which caught up a local man, Phillip Evans, in an incident where he was escorted to his car by police and told to leave after he open carried while visiting the attraction with his family.

Evans had previously called and emailed with Garden’s management and was advised that, “The Garden’s policy is no weapons except as permitted by law,” which he took to mean that since he was otherwise lawfully carrying, he was within his rights.

In fact, Evans visited the facility on Oct. 12 while carrying without incident. It was only when he returned a week later that Gardens management called the police and clarified that their policy was to only allow law enforcement to be armed on the 30-acre complex.

However, a state gun rights group disagrees with the legality of the gun free zone.

“The Botanical Gardens is public property owned by the City of Atlanta and leased to a private corporation. Therefore, Botanical Gardens is prohibited from denying firearms on their leased government property,” Jerry Henry, president of Georgia Carry, the group that filed the suit, told Guns.com Thursday.

Henry contends that the state’s recently passed pro-gun legislation, the Georgia Safe Carry Protection Act, dubbed the “guns everywhere law,” that went into effect July 1 and expanded the number of places a person could legally carry a gun, only allows private entities in charge of privately owned land to forbid the carry of firearms by permit holders. While the garden is the former, it is not the latter.

“GeorgiaCarry.org’s goal is to make sure the law is interpreted correctly and that all concerned follow the law in accordance with the statutes of Georgia,” Henry said.

The suit is not the first in the Peachtree State with the aim to challenge gun free zones under the new laws.

A father in Douglas County filed a lawsuit in August after his daughter’s principal told him he was not allowed to carry a gun at the school. While in conflict with other laws, a judge has delayed ruling on the case while studying the issue further.

Gardens representatives contend that the non-profit, founded in 1976, is within its rights.

“We’re very disappointed that an individual has brought a lawsuit to our doorstep that’s divisive and seeks to challenge our right to operate the property over which we’ve been given exclusive control,” Botanical Gardens president and CEO Mary Pat Matheson told local media.

They have not filed a response to the suit.